Will cloudy Cirtas be a rainmaker?

Can it cross the chasm? Cirtas, a cloud storage startup, has hired a professional CEO and secured a $22.5m B-round funding boost. The two-year-old company now has to sustain its momentum and prove its technology's worth.

The market for cloud storage gateways is unproven, but technology start-ups are convinced that if cloud storage succeeds their products will sell in the thousands.

The logic is strong. Applications in servers need to address cloud storage as if it were local storage, as if there were no difference at all between a storage area network (SAN) and cloud storage – beyond the SAN access fabric having a wide area networking (WAN) component... and that is the problem.

The WAN introduces latency and bandwidth charges for the network, and these are then added to the pay-for-what-you-use cloud storage fees.

What startups like Cirtas have done is to take front-end block-access storage array controller functionality and integrate it with WAN optimisation technology and deduplication and compression technologies, adding in a slug of cache to help beat access latency problems.

Cirtas says the resulting access to cloud storage is good for all storage needs and reduces bandwidth needs as well as lowering cloud storage capacity take-up, as the number of bits stored is kept down by the dedupe and compression.

It calls its controller Bluejet, after lightening which flashes upwards from thunderclouds, as seen by NASA satellites. 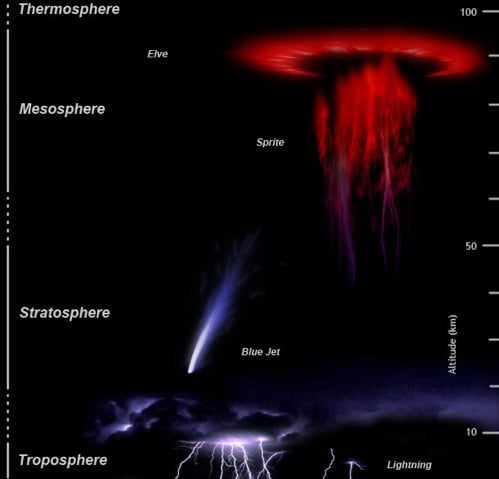 Ironically, actual blue jet lightening is located above the clouds

The new funding comes from Shasta Ventures and Bessemer Partners. Existing investors NEA, Lightspeed and Amazon – yes Amazon – piled in too, taking total funding to $32.5m. Bessemer provided Gary Messiana, the new CEO, replacing co-founder Dan Decasper, who was previously in that role. Messiana is Bessemer's Entrepreneur in Residence. That means he may not stay that long, just long enough to take Cirtas to its next stage, when it will be settled enough and successful enough to set out on the road to a C-round of funding – and a longer-term CEO, who can take the startup to IPO or acquisition.

Can a cloud SAN perform as well as a data centre SAN? Obviously yes, in terms of functionality – provisioning, snapshots, replication and so forth – but that is relatively trivial. The main event is access speed. Will host servers and their applications have to wait for data access, and what will be the cost of networks that provide the necessary dependable speed?

The cloud gateway controller can only do so much to help, minimising the number of bits sent up the link and caching data – but after that it must must simply hand the data over to the network and pray... For primary data, access speed is vital. However good the gateway is, the network is the key; that has to cut the mustard affordably or primary data cloud storage fails. It is as simple as that.

Can Cirtas crack this problem? Not on its own, since it doesn't control the network. An obvious Plan B fallback if networks are too slow, costly or unreliable will be to store primary data locally and squirt everything else up to the cloud. The cost advantages to users would then be less as they would not be able to junk their primary data storage arrays but they could send all their secondary (nearline) and tertiary (backup, archive) data cloudwards and reap that benefit.

The funding VCs are no doubt factoring that into their investment outcome spreadsheets and hoping for a cloud storage gateway bonanza. Millions of gambled VC dollars are riding on real cloudy storage weather. The VCs above want Cirtas to be what lawyers would call a rainmaker, and shower them with cash. ®

Since this story was published, on 25 January, Cirtas VP of Marketing and Product Management Josh Goldstein wrote in to tell us: "Gary is at Cirtas to stay – he’s not a temporary CEO and he’s not going back to Bessemer... Gary joined Cirtas after 3,5 years as an EIR (Entrepreneur In Residence) and out of several other CEO job offers."