Comment The UK press is bursting with indignation today as the process of scrapping the Nimrod MRA4 submarine-hunting aircraft begins. But in fact the four planes now being broken up were a financial and engineering disaster. Had they gone into service they would have become a terrible, cripplingly expensive millstone around the neck of the Ministry of Defence. We are much, much better off without them. 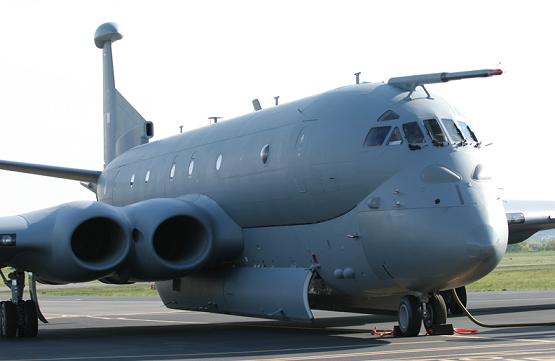 This plane cost us more than two Space Shuttles – and would have cost a lot, lot more if we'd kept it.

Certainly not everyone agrees. We can forget leader-writers fulminating idiotically about Russian submarines and world-beating British engineering: some more serious people have entered the fray. A group of former senior officers writes to the nation that "a massive gap in British security has opened".

But one should note that the signatories – including the air marshals one would naturally expect to find condemning cuts to the RAF, but also the admiral and general who won the Falklands war – don't actually state that they think the Nimrod itself should have been saved. They write:

Other countries are actually seeking to reinforce their maritime patrol capacity, with the new Boeing 737 P8A a strong contender ...

It is not perverse to suggest that the gap left by broken Nimrods should be readdressed.

What the ex-brasshats are bemoaning is the UK's loss of long-range maritime patrol aircraft in general, not the Nimrod MRA4 in particular. They're wise to draw this distinction, as the MRA4 project has now achieved the unwelcome distinction of producing the most expensive aircraft ever made: with a reported £4.1bn spent, just one is airworthy.

By comparison, a new Space Shuttle would cost about £1.75bn at current rates if it were built today1. Even the staggeringly expensive B-2 nuclear Stealth bombers only cost £1.3bn apiece.

Our sole flying Nimrod MRA4 (pictured above) has wound up costing us no less than £4.1bn – and it is not even a new aircraft. All the MRA4s are refurbished and re-equipped Nimrod MR2s, which had already been purchased by the RAF long ago at inflated prices.

Even if the project had continued as planned, we would have received just nine refurbished Nimrods in total for our £4bn-odd – each of them would have cost almost half a billion pounds plus what was paid for it in the first place. One should note that this would have represented a more-than-quadrupling of the original "fixed price" agreed per plane by the last Tory government when it kicked off the programme back in the 1990s. Given the project's disastrous history of cost and time overruns, there's no reason to believe than the latest estimates would be any more accurate that the ones which preceded them - we'd probably have wound up spending at least the purchase price of a new fleet of NASA space shuttles to get our nine antisubmarine planes.

The air marshals and generals do well to mention the Boeing P-8, as it shows what an antisubmarine plane of the Nimrod type ought to cost: India is buying P-8s for £160m each at the moment, well under one-third of what we were set to pay for our MRA4s. And the P-8, using sensors, computers and so on selected recently rather than back in the 1990s will be much more capable as well.

"These planes [the Nimrods] are no longer state of the art. Cheaper alternatives are emerging," says Keith Hayward, head of research at the Royal Aeronautical Society, talking to the BBC.

And make no mistake, scrapping the Nimrods will save money – a lot of money. Support and maintenance of a normal military aircraft can be expected to cost two to three times the acquisition price over its service life – and the Nimrod was far from normal.

In fact, the MRA4s would have been the last nine De Havilland Comet airliner airframes left flying in the world. The Comet, designed in the 1940s, failed commercially and went out of airline service many decades ago – and since then large aircraft have no longer been made in the UK.

The Nimrod/Comet is so old that it belongs to a lost era of manufacturing: this is the main reason why the MRA4 project was so horrifically late and over budget. The planes supplied for upgrading by the RAF had significant differences in size and shape – they had been essentially coach-built, bodged together with the blueprints used more as a guide than followed with any accuracy in the modern sense. Trying to rebuild, re-equip and re-engine them, with no real idea what the physical dimensions and internal layout of any given plane actually were, was a technical nightmare.

Next page: The previous Nimrod was doing frightfully hush-hush stuff in Afghanistan – but 'hush-hush' isn't the same as 'appropriate' or 'cost effective'
Page: