Too much Exadata-type focus and over-priced arrays

Interview Oracle's storage range is over-priced and incomplete, and its strategy is skewed by being too database appliance-centric, according to a prominent storage guru.

Enrico Signoretti, the CEO of Italian storage consultancy Cinetica, has earned a wide following in the storage world through his blogging and tweets (@esignoretti). 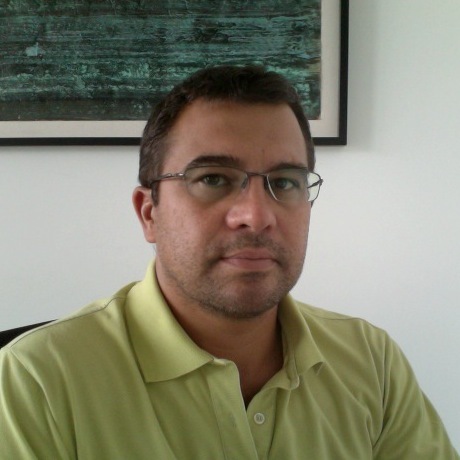 Against the background of Oracle's looming 31 January announcement, El Reg had the chance to talk to Signoretti and explore his views on Oracle's storage strategy.

El Reg : Tell us more about yourself

Enrico Signoretti (ES): "I'm the CEO of Cinetica. We are a small consultancy firm in Italy. Our principal goal is to offer services to medium/large companies (our customers size ranges between 500 and 6000 employees in finance, manufacturing, and outsourcing). I lead a small, but very skilled, team of professionals with a great expertise in storage and virtualisation infrastructures. Our company has partnerships with Oracle, Dell, VMware, Compellent and NetApp."

El Reg: What is your view of Oracle's drive array and tape library product set?

ES: "Well, after the Sun acquisition I saw, as a partner, a complete lack of any kind of information on the hardware business. In particular, in storage, we saw the death of many products without any credible replacement.

"Now the Oracle storage arrays proposition is based on three products: 2500, 6000 and 7000 series. All three are overpriced and support is poor to say the least. Oracle cut all the external support teams, the support costs are very high (12 per cent per year of the hardware price), and if you are more than 70km from the Oracle's spare parts warehouse you will automatically get NBD (next business day) on site service!

"I could write a romance on the immaturity and bugs of 7000 but I don't think this is the goal of this interview.

"About tape libraries, we can divide the business in two parts: Oracle loves to maintain (and develop) high-end products (library attached to mainframes and big Unix boxes) with big margins, but the low-end is going to oblivion. It is overpriced and has the same support problems already explained above).

El Reg: What has been happening in the high-end storage array space at Oracle since the HDS relationship was dissolved and the 9990 and 9980 arrays went away from Oracle's product range? How is the Oracle storage sales force coping with this?

"Hitachi Data Systems was a great weapon to couple with M-series servers, but many customers are now shifting to IBM and HP (yes, HP with its old Itanium) to have a credible "stack". As you probably know, the Sun/HDS agreement was a reselling partnership; now all customers are dealing directly with HDS (and its partners), and they are also attacked by EMC and IBM. Indeed EMC posted a great greater-than 19 per cent rise in VMAX sales, I'd be very curious to know how much of Sun's stuff it replaced.

"I can add that IBM has a complete stack – P7 + storage – and HP has the P9500/3Par portfolio. Oracle is the only big player without enterprise storage and I don't see anything on the horizon. It is cannibalising Sun's installed base too, because it is pushing EXA-things very hard to Oracle+Sun joint customers, and proposing to move licences from SPARC to Exadata. On the other hand, the Sun sales force doesn't have access to Oracle-only customer."

El Reg: Where are the product gaps in Oracle's storage strategy?

ES: "I don't think they have a real storage strategy at the moment. They need a high-end storage array but there are no companies left to buy. They need to improve the ZFS-based 7000, but they lost all the big brains behind it. They need a better price for the 6000/2500 products but they don't seem interested in them. Support is another big problem; they are driving hardware support like software support... it's not the right way."

El Reg: How would you recommend that Oracle fill these gaps?

ES: "Some people talk about big acquisitions, but EMC (+VMware) and NetApp are very expensive, and I don't think Larry could accept a merger. Sometime Xiotech comes to my mind as a viable possibility for Oracle: a very smart (ISE) brick, without complex software features. Xiotech coupled with ASM and ZFS could be a rock solid solution and come with small maintenance requirements."

El Reg: What do you think Oracle will actually do?

ES: "I think they have already monetised with Sun (several million lines of code, java, MySQL, and so on. All the hardware announcements in the last year were about a mere (small) speed bump on the M-series and T3 (that was ready in Sun's labs even before the acquisition), and the ending of storage OEM deals. The 7000 isn't ready for prime time. I still think that Oracle's strategy is to sell appliances like Exadata. It wants to sell black boxes and gain control of the customers. Oracle is still a database-centric company but storage is not only about databases!"

Oracle is a bit of a mystery and the message here is that Oracle's database appliance focus is harming its storage array sales efforts. On the other hand, it is apparently doing well with high-end tape libraries and that could be the focus of the announcement at the end of January. ®