Tablets be DRAMmed – 9 times as much

How big will tablets grow? 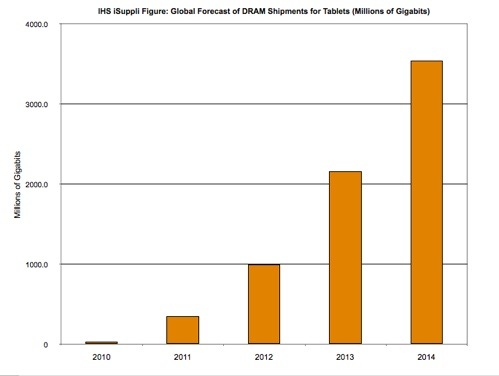 IHS analyst Mike Howard thinks this year's CES in Las Vegas was a turning point, with vendors such as Motorola, RIM, Samsung, and Dell piling into the market opened up by Apple's iPad.

Boosted DRAM demand could be fabulous news for DRAM fab operators, who have endured declining DRAM prices recently, unless tablet makers choose cheaper commodity DRAM. A second worry is that tablet sales could cannibalise netback and notebook/desktop PC sales so much that overall DRAM demand would fall. DRAM fab operators' glasses are always half empty. ®