Toshiba has come up with a laptop, the Dynabook Qosmio T750, which has a lid which changes colour - the first of its kind, the Japanese giant claimed.

Well, sort of. The blue-lidded box – the colour is called "shiny ocean" – sports "shimmering" metallic colours that run from turquoise through to deep blue and purple depending on the angle at which you're looking at it.

The trick lies in Toshiba's use of several polyester laminate films, each comprising thousands "nano-technology" layers, and which together give a metallic look without actually using any metal – so it's good for the environment, Toshiba claimed.

Of course, the lid is very glossy, but Toshiba has smartly added a "fingerprint-proof" coating to prevent nasty greasy smudges spoiling the effect. 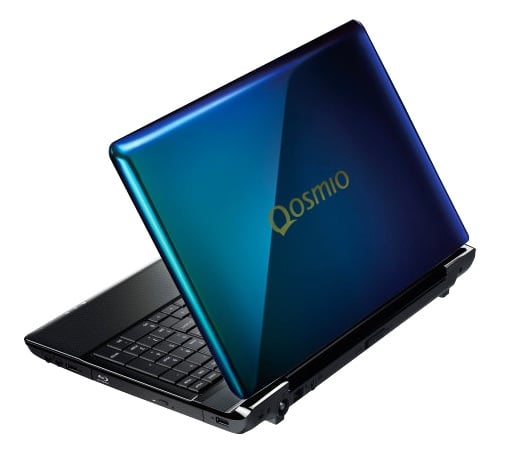 But we reckon it won't be so very long before the design makes its way Westward. ®

Thanks to Yogesh for the tip

Sony balls up PlayStation businesses, tosses outfit over to California

Virtual reality is actually made of smartphones

From the HoloLens to the PlayStation VR, all VR kit is descended from the first iPhone

Pogo as you play