Today marks the 25th anniversary of the space shuttle Challenger disaster, which in 1986 claimed the lives of seven NASA astronauts.

The agency has this week been honouring its dead – the Challenger crew as well as those who died aboard Columbia and Apollo 1.

It's business as usual down at YouTube, though, and while we were this morning looking back at some coverage of NASA's darkest hours, this fine example of "unfortunate juxtaposition of content and advertisement" caught our eye: 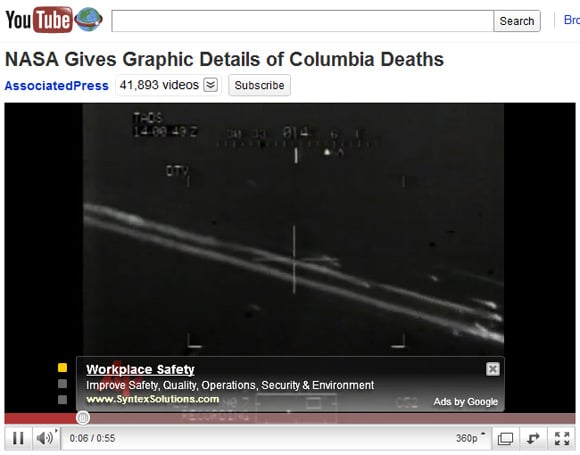 In the event, the NASA enquiry into the break-up of Columbia concluded it was "not survivable by any currently existing capability", not even workplace safety solutions. ®