'You don't even know what change management is'

Shame on you, you alleged IT hack

FoTW A reader isn't impressed with El Reg making fun of the job that requires applicants to be "responsible for shaping and managing the execution of the change ambition". It surfaced in this story, about how the BBC's Digital Media Initiative cost £38.2m, instead of making savings, and how it managed to be 21 months behind schedule after only 24 months.

(Figures we're quite in awe of, here at El Reg. Aren't you?)

"In this case the BBC is seeking to fill this temporary position with a senior manager with broad and extensive knowledge of implementing change programmes in large and complex organisations to successfully deliver a change programme as part of the Digital Media Initiative."

That clears things up nicely.

It's not the BBC's fault that you (an alleged IT writer) apparently don't know what change management is.

(Email because you're too chicken to have a comments section, Mr Orlowski)

Quite correct, David. I know what plain old "management" is, and it has involved dealing with "change" ever since the earliest family businesses were formed thousands of years ago. So I neither know what "change management" is, nor do I care.

Before you correct me, dear readers, let's look at the pretty picture for a moment. 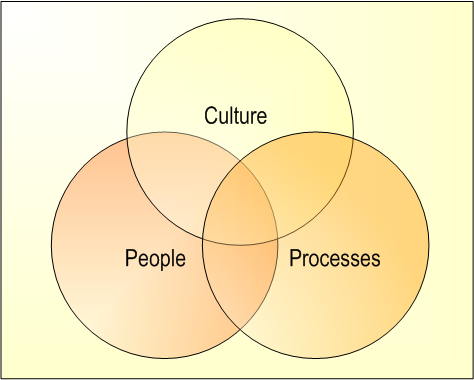 What I suspect is that "change management" is really a bit of social climbing - an administrative function trying to sound like an executive one. This is what was behind much of the Web 2.0 blather, too. Large companies (such as newspapers, for example) deferred to their technicians to produce the innovation and strategy - only to find they had over-promoted a cadre of bureaucrats. It's just a theory.®

Who's Intel Inside and Outside today: PC chip boss installed after EVP heads for exit – plus next CFO named

Accenture poised to get contracts for hardware, software and IT advice as mega-pie sliced
On-Prem30 Sep 2021 | 16