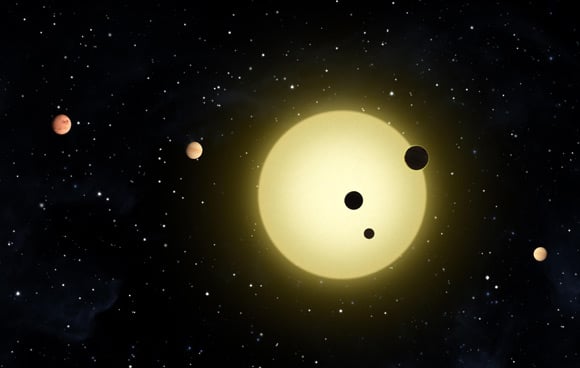 Kepler-11 represents "the fullest, most compact planetary system yet discovered beyond our own", and only the second multi-planet system, after Kepler-9, to be identified by the "transit-time variation method", specifically by "tracking the dimming of a star’s light when planets pass between the star and the telescope".

NASA explains: "All of the planets orbiting Kepler-11, a yellow dwarf star, are larger than Earth, with the largest ones being comparable in size to Uranus and Neptune. The innermost planet, Kepler-11b, is 10 times closer to its star than Earth is to the Sun.

"Moving outwards, the other planets are Kepler-11c, Kepler-11d, Kepler-11e, Kepler-11f, and the outermost planet, Kepler-11g, which is twice as close to its star than Earth is to the Sun." 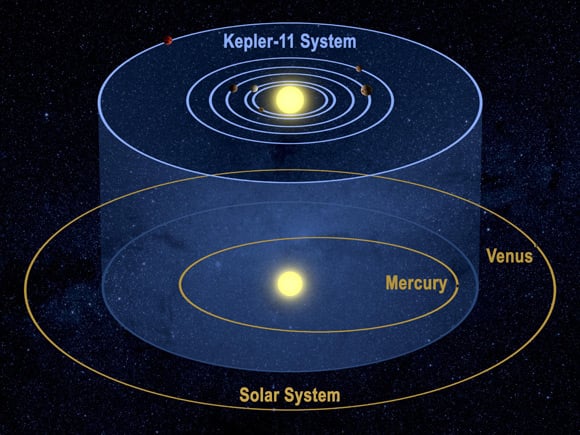