NASA has released the first images from its twin Solar TErrestrial RElations Observatory (STEREO) probes as they moved into position on opposite sides of the Sun. 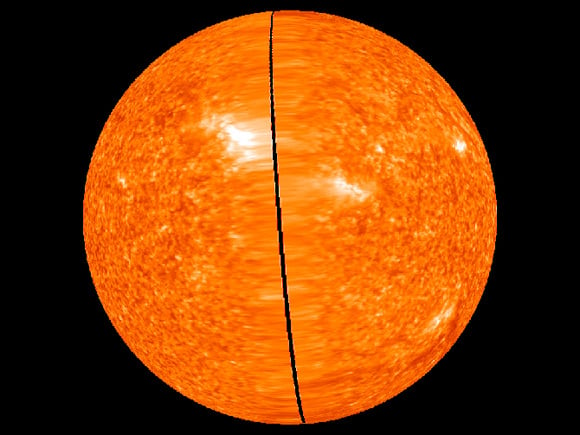 The above snap shows the far side of the Sun captured on 2 February, when the two spacecraft weren't quite separated by 180 degrees, hence the small gap in the data.

Yesterday, though, STEREO-A and B achieved full opposition, and NASA assures the gap "will completely close over the next several days".

NASA explains: "Each STEREO probe photographs half of the star and beams the images to Earth. Researchers combine the two views to create a sphere. These aren't just regular pictures, however. STEREO's telescopes are tuned to four wavelengths of extreme ultraviolet radiation selected to trace key aspects of solar activity such as flares, tsunamis and magnetic filaments. Nothing escapes their attention."

The agency adds that STEREO's continuous coverage of the entire star will "enable significant advances in space weather forecasting for Earth, and improve planning for future robotic or crewed spacecraft missions throughout the solar system".

It will also ensure we never get caught off guard by "farside" events which could, as the Sun rotates, impact on Earth with "spitting flares and clouds of plasma".

"Not any more," promised Bill Murtagh, a senior forecaster at the National Oceanic and Atmospheric Administration's Space Weather Prediction Center in Boulder, Colorado. "Farside active regions can no longer take us by surprise. Thanks to STEREO, we know they're coming." 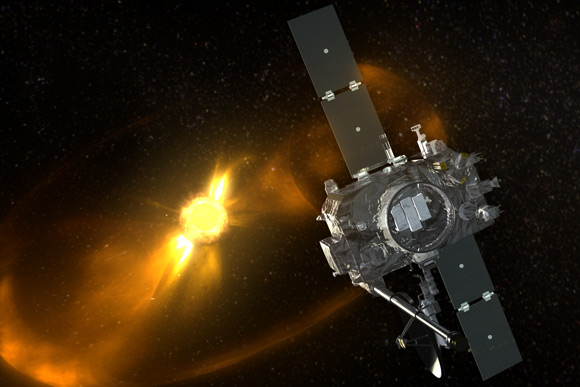 The STEREO probes were launched in October 2006. NASA expects that, in conjunction with the Solar Dynamics Observatory, they will provide full coverage of the Sun for the next eight years.