Why do they hate science, and why are they so miserable?

If you look at CRU record from 1860, you see a cooling period. There's a global trend – this is Phil Jones' data set – a warming trend to 2k or 1998. It's a reasonably steep curve, a 0.4°C increase over a 25-year period. Now the IPCC statement is that MOST of the warming that has occurred since mid-last century "is most likely to human emissions".

Second, they use the phrase "very likely", which is not technically definable. They define it as a 90 per cent probability. But where do they get 90 from? It's not a calculation, it's not a statistic – it's a rhetorical construct that means "very likely 90 per cent" – but they've given number to all those terms. That is not science. That is pure made-up stuff.

But most "since the middle of the last century". If you look at the temperature curve from 1910-1940 – there is an equal increase at same rate of change – the curve is at same steepness. But they're not claiming we caused that warming – that wouldn't be credible. So the question becomes what caused that warming? What caused the 1800s warming? All that puts lie to certainty that has arisen from the IPCC. There may be some human element to this, but in the IPCC view, none of those other factors matter, we're the only agent of change.

AO: I am fascinated by this idea of apocalypse, or that systems are fundamentally unstable. That didn't seem to be there with the first environmentalist campaigns against pollution or conservation in the 1960s. How did that come about?

PM: Apocalypse became central to environmentalism. For me, I was involved because of the arms race, and the prospect of nuclear war. That really would have been an apocalypse, at least for large regions of the planet. That was no foolin' around. 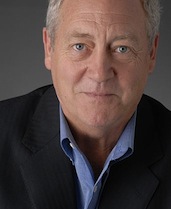 Ever since then, that element has sought scenarios that allow an apocalyptic interpretation. The climate change narrative provides a perfect scenario for that. We're going to heat up, if we keep living way we are, we'll all fry. Yet the resilience of the Earth system, its ability to absorb vast amounts of everything, is incredible.

For example, the latest scare is ocean acidification – it's totally made-up and ridiculous. Tomato growers inject CO2 to make the tomatoes grow; salt water aquarists inject CO2 to increase photosynthesis; and yet with coral we're told the opposite is true. [Coral evolved in temperatures 10°C hotter than today. The bleaching claim has a dubious pedigree – Ed.]

“Much of this is collective neurosis. We should celebrate life.”

So you hear tipping point phrases. You hear about "death spiral" or "toxic sludge". These are end-is-nigh scenarios. You can always argue it's always been there, in religions. Christianity has this idea of The End Times. If we don't act, we're doomed.

AO: But death was very close to us until our parents' generation; everyone grew up with it, and we had to cope with it.

PM: Apocalyptic scenarios are just that – our fear of death. When you add self-loathing, and you have the apocalypse being externalised, this is what you get. We have to stop this self-defeating approach: that – "we're going to die and we're to blame". That is enough to make you sick to your stomach. Much of this is collective neurosis. We should celebrate life.

I grew up in a small rural community, where the emphasis was on the practical, there was a can-do attitude to life: "Get it done". Now whatever you did, say your house is in danger. I grew up on a floating home – stayed up all night fixing it. I grew up in boats, so I'm aware of how dangerous it is on the sea. At the same time I have a very positive attitude. I almost died at sea, capsized and drowning.

Now an old friend of mine from Greenpeace, Rex Wyler, is a catastrophist. Part of this idea is the 'overshoot concept' – the idea that we have gone so far beyond our ability to support civilisation, that we're going to drop off the end of a cliff.

AO: So what does keep you awake at night – what are reasonable things to be concerned about?

PM: Avian flu is the most likely disaster – but that could be resolved by changing agricultural practice in Asia. We have to separate animals, and us, and get some sanitation going on over there. Here we've changed our practices, but on Asia farms there's no antiseptic bath, no protocols, and just a barnyard of birds and animals that can pass germs. Viruses can mutate there.

AO: For the kind of environmental pessimism you describe to succeed, though, it requires we have an idea of a human that isn't fully human - a human that isn't adaptable, can't study science or invent technologies, or organise. Which brings us down to the level of another species, just a very destructive species. I don't think most people share this view, they look at what we've achieved, and know there's something wrong with the "we're evil and we're all doomed" narrative.

PM: In response I say that, yes we are just another species, but we're a special one. We have self-awareness and technology. I know other species are social, and have some kind of technology – ants build things too. We're not separate from life, but we're unique by evolution. I'm quite optimistic about the globalisation of world, too. When I was growing up the world was divided into two economies, before that it was divided into many. Now it's one, and we depend on each other's success.

You can find Confessions of a Greenpeace Dropout at Amazon UK.

Uber sends its self-driving cars on a road to nowhere, with indefinite stop at automated truck aspirant Aurora

Heck yeah, we should have access to our own cars' repair data: Voters in US state approve a landmark right-to-repair ballot measure

It has been Biden its time

Not like every expert didn't warn it. Also: Queen of Carnage confirms consultants were paid average of £1.1k a day