Google becomes the one they all fear

Analysis There are times when you don't want to intrude on public grief, but Nokia has spent 15 years (or more) trying to avoid this day.

New CEO Stephen Elop would argue otherwise, but giving up control of your platforms means giving up control over your destiny - and Elop has given Nokians not one twig of consolation around which a bit of dignity could be wrapped.

He's also signalled the end of Nokia as a high R&D spend technology company. "We expect to substantially reduce R&D expenditures", said Elop bluntly in this morning's webcast. The new Nokia will be a global brand and a contract manufacturer whose primary customer is itself.

"Disaster" and "stitch-up" are two of the texts I received this morning from Nokians. Finnish press reports 1,000 staff in Tampere walking out. A surprise? Not really. For 15 years Nokia has defined itself, to its partners and customers, as the Not-Microsoft. Now it's utterly dependent on them. There's no Plan B.

Remarkably, there's no pretence at continuity: almost everything old is now dead, or soon will be. Symbian and Meego are sidelined and Qt becomes irrelevant. Ovi lives on in name only. If you're a developer, you write for Windows Mobile, to the APIs Microsoft wants you to write to. 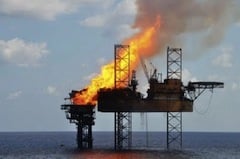 There's no pretence either, that Nokia got a special deal from Microsoft, given that the Finns are the world's number one handset vendor.

Asked specifically about royalties, Elop said it was er,… complicated, and waved his hands around for a while. He didn't say Nokia was getting CE for free. Instead, he said that there was "a lot of value moving in different directions".

Since 2008, Nokia has been paying nothing for Symbian, and wouldn't have paid any per-device royalty for Meego gadgets. Nokia could also have got Android for free, of course. But there would have been a cost attached to that choice, Elop explained. Elop described Android as "attractive", and said Nokia had talked to Google, but said he didn't fancy the prospects of being just Another Face in the Android Crowd.

Nokia would "have had problems differentiating," with Android, said Elop. "The commoditization risk was very high… prices and profits are coming down and the value is moving out to Google."

Elop added that he felt that with Microsoft Nokia could make competitive low to midrange smartphones ($100) better than it might have with Google, too.

So there you have it. Microsoft is less scary than Google. Given the experiences of Sendo, Palm and Sony Ericsson in teaming up with Microsoft, it's a measure of how significantly perceptions have changed.

Operators seem to think so too. This new "Third Horse" in the smartphone race got a positive welcome, my early soundings confirm. They want Nokia-Windows to succeed, because they too think Google is scarier than Microsoft, and want a competitor to Apple that isn't scary. It's amazing how things change. 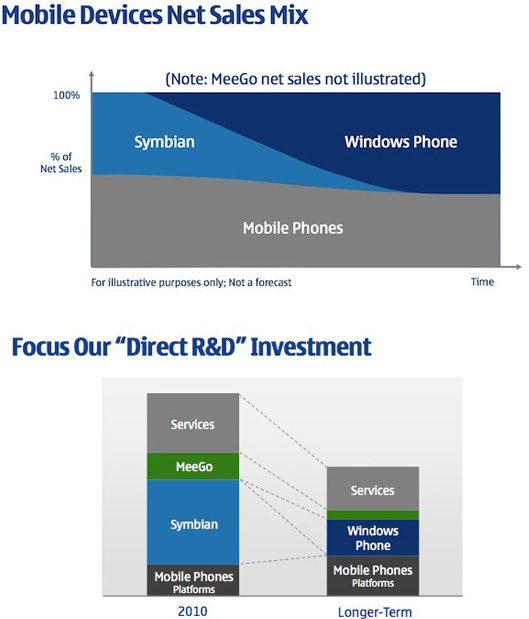 Elop's gamble is that "value" will be added by services higher up the stack, so the operational and strategic independence that Nokia loses by partnering with Microsoft will be more than compensated by services - which Nokia doesn't have to share with anybody. It follows that it can spend its R&D (currently running at around €8bn a year) on making great hardware ("iconic phones", Elop promised), and services. It's not going to be easy.