HTC takes a flyer on tablets

Called the HTC Flyer, the tablet provides the customary features: 1.5GHz processor - dual- or single-core, HTC didn't say, so presumably the latter - 1GB of Ram and 32GB of storage.

For a gadget that looks so much like a scaled up smartphone, it's no surprise that Flyer has on-board dual-band HSPA 3G connectivity, plus 2.4GHz 802.11n and Bluetooth 3.0. 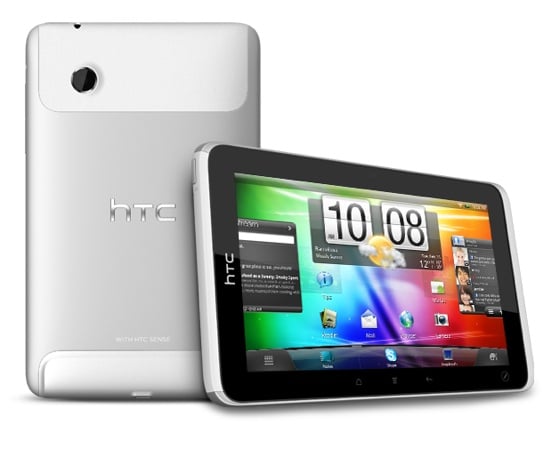 HTC will be running its own smartphone-centric Sense UI on top of Android - version TBC - and equipping it with its own "digital ink" system, Scribe, which suggests an emphasis on stylus usage.

Flyer will be out in Q2, but HTC's not yet saying how much it'll cost. ®