Review When the first wave of Windows Phone 7 handsets washed up on our shores back in October one handset was noticeable by both its absence and its form factor - the Dell Venue Pro. Now however it's finally made it to Blighty if only through third-party suppliers rather than from Dell itself. 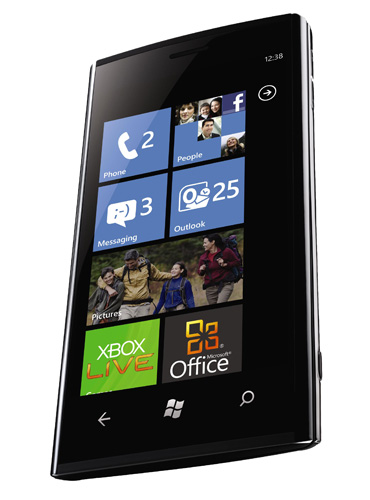 As far as looks go, the Venue has a lot going for it as its certainly is a handsome and well made bit of kit. Dell has gone all out to make it look and feel a boardroom quality item with a gloss black body, chrome edging and stylish patterned back. The bevelled edges and slightly curved screen glass add to its aesthetic appeal.

The look and feel come at the expense of size and heft though – at 192g it's very heavy for a mobile phone and the 15.2mm thickness will further help ruin the drop of your suit.  Like the Palm Pre and Blackberry Torch, the Venue Pro is vertical slider, a form factor with a lot going for it if you want to swap back and forth between keyboard and touch screen while still holding your phone like a phone.

The backlit four-line keyboard features 38 hard plastic keys each with a slightly domed profile. Though a cold and little lifeless to the touch the keys have a pleasant and solid action when pressed. Being fairly compact you can reach them all with your thumb if you are doing things one-handed. 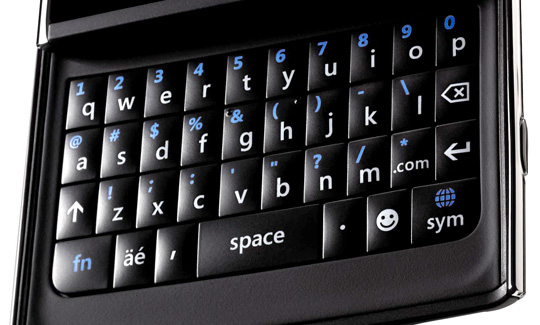 The slide action that moves the two halves of the phone apart is nicely weighted and free of play. The opening push requires a fair amount of force but I'd rather that than something that slides open too easily.