It's the bureaucracy, stupid

"Nokia and Symbian was the last of the European software business, it's gone overnight. That's depressing," an industry veteran told me on Friday afternoon.

As I wrote several years ago, Nokia was a company that could set global standards for consumer electronics, and do so from a cold and remote corner of Europe, using its own R&D. Americans thought this claim was either cute or hyperbolic - but with its central role in mobile communications, and its deep pockets, I didn't think it was far-fetched for Nokia to rival Sony across the home. With a Microsoft partnership, that's not impossible, but it's unlikely - and Nokia won't be putting its own vision to the market, but putting its badge on somebody else's.

For me, the most remarkable part of Nokia's decline is how deeply it thought about the future, for so long. Nokia had prepared for the shift away from commodity voice phones many years ago. In the late 1990s it handing out copies of The Innovator's Dilemma for its management to read. Anyone looking for a single scapegoat or a defining moment should be disappointed, however. What slowly strangled Nokia was its inability to execute its plans effectively. 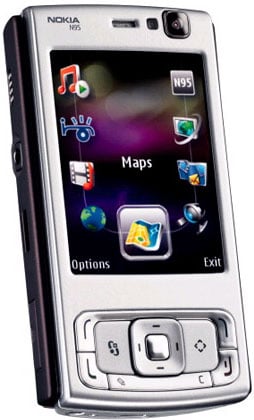 Let's look at the problems Nokia was confronted with, and its responses.

As Charles Davies pointed out in our Symbian retrospective, the late Noughties were the first time that an outsider could break into the top tier of phone manufacturers. Packaged chipsets allowed new entrants to the make reasonable 2G (not yet 3G) phones by 2007. Nokia had pioneered high functionality consumer smartphones in 2002, starting with the 7650. This looked like great timing: GPRS networks were coming online and 3G not far behind. Every 18 months Nokia could produce smaller, more integrated electronics. From a producer's point of view, it was perfect. From the punter's point of view, all was not well, though.

Symbian smartphones became increasingly complex and buggy. They brimmed over with features, but users had to pay a premium to add a data plan to use them fully. The features were hard to find, too. So smartphones remained a niche for technology enthusiasts. (Symbian was turning a tidy profit by 2006).

Then Apple entered the market with a device that was a merely-OK phone, but offered something radically new: a new user interface that made much of the functionality manufacturers like Nokia had built into their devices quite usable. And Apple had a bundled data plan, so trying it all out was risk-free.

At last, here was an integrated mobile device that didn't suck. Pure-play PDAs had disappeared, but their replacements left a nasty taste. Both reading and writing about these were no fun.

"After years of writing about smartphones, I've seen the established players become lazy and complacent, go down blind alleys, or standardize on horrible designs and feature sets," I recall. "So the iPhone should focus minds wonderfully - it should raise the bar for everyone." Believe it or not, that was one of my more Unpopular Opinions.

Conventional wisdom decreed that this vanity exercise would be quietly snuffed out by the operators - possibly ending Apple's ambitions in the mobile business.

So Nokia wasn't alone in dismissing the iPhone, and its usability, as a gimmick. This gave Apple the time it needed to catch up. Demand was overwhelming, allowing Apple to relax its one-operator-per-market policy, and gradually work in the many missing features: an app store, 3G, and MMS for example. Nokia simply thought producer-power would crush the users' revolt.

Next page: "Here's an ecosystem we made earlier..."
Page: