The dancing girls are back

MWC 2011 The mobile industry has got its confidence back, and it's spending money again while drawing up the ranks to take on Apple.

Last year‘s Mobile World Congress was subdued in comparison to this year's, as operators held back on spending in an uncertain economy and Apple seemed to be holding all the cards. Not much has actually changed, but one can‘t hold back spending forever, and while Google, Nokia, Microsoft and the WAC present a considerable defence against Apple, there's still a lot of ground to make up. So the industry seems to have walked out of the shower and discovered that the last twelve months might not have been a dream, but it wasn't the nightmare some had predicted either.

A good part of the new-found confidence comes from the operators' willingness to start writing cheques again. They couldn't hold off forever and while the economic situation is still uncertain it is consistently uncertain and that's good enough. That puts everyone in a better mood, and invites more innovation as companies compete to be the name on those cheques, which in turn leads to dancing girls: 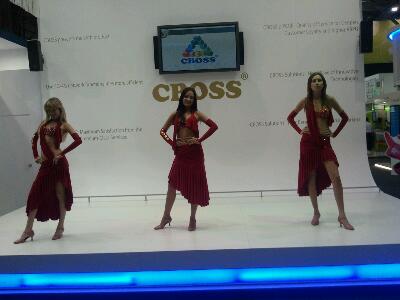 Nobody knows what CBOSS makes or does, but they do have dancing girls

But it's not all dancing girls. There are aliens too. And a (fire)fox who was too cunning to be photographed: 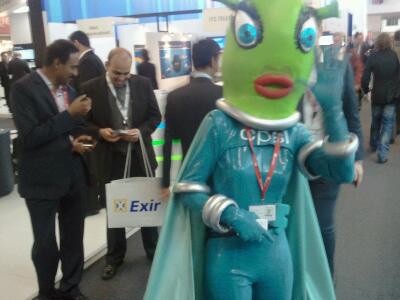 Even the alien was giving jolly waves

We don't have the exact attendance figures yet, but there are clearly more people in Barcelona than turned up last year - and where in 2010 visitors shuffled around watching their shoes, this year there's a palpable sense that things are OK, and probably not going to get any worse, so people are smiling. Well, most of them are: 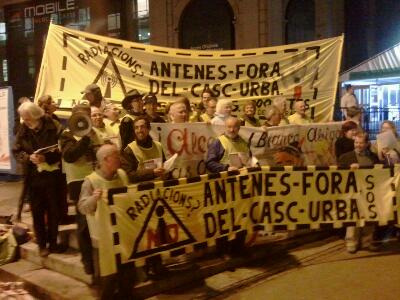 They were chanting for more fiber, so could be working for the cable companies

But brain-melting radiation aside it's an exciting time to be in mobile again, and this year's Mobile World Congress reflects that admirably. ®