The EOS 60D has full HD video recording capabilities that can be activated at the touch of a button. You have a choice of 24,25 or 30fps in HD resolution or 50/60fps in 720p and VGA. Video capture can be initiated in both Program and Manual mode but specific settings cannot be changed once recording has begun. 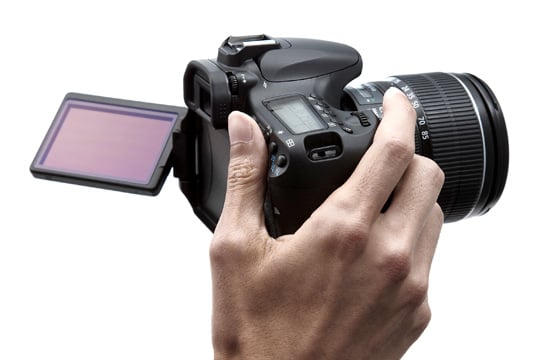 The articulating LCD is great for video, if you have SD cards that work, that is

There is no constant autofocus option but you can manually trigger single autofocus bursts by half pressing the shutter. The image quality of the video clips is very good and the built-in microphone produces clean sound.

A word to the wise though, I kept encountering an annoying glitch while shooting videos. Randomly anywhere between 8 and 20 seconds into the recording the following error message appeared "recording has been stopped automatically" and movie capture abruptly halted. According to the manual this is a card speed issue and advises to use cards with writing speeds of 6x or above. I tried a few fast speed cards that have worked perfectly well on many other cameras but the problem persisted.

A quick browse on-line revealed this is a recurring issue and, apparently, Canon suggests using a specific leading brand. I’m many buyers would be none too pleased to ditch their current cards to satisfy the fussy storage preferences of the EOS 60D, especially considering the market positioning of this model.

That said, it is the case that anyone upgrading from the EOS 50D will need to invest in new cards anyway, since the 60D moved from CompactFlash to SD storage. The EOS 60D, in common with the EOS 7D, now uses the LP-E6 battery, which is big step up in battery life. 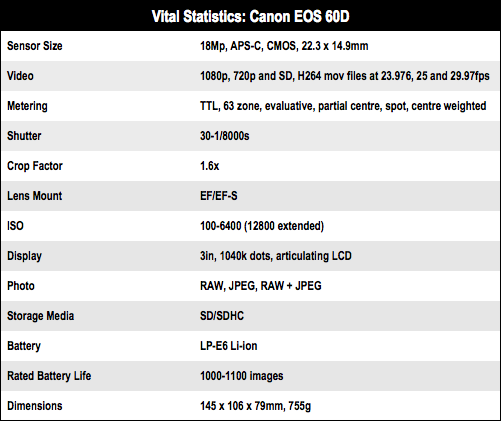