You have to admire chip maker STMicroelectronics' cojones - or boggle at the company's seeming stupidity. It is promoting the word 'iPad' as both an acronym and a trademark.

You'll note that, in the sentence above, we use Apple's capitalisation, and that's the way World+Dog writes it too. Not STMicro, which capitalises the lot: 'IPAD'.

Presumably, it hopes we'll read and speak it letter by letter, as we would with, say, 'HDMI', 'USB' and 'CPU'. Apple, on the other hand, expects us to say the first letter then treat the remaining three as a word in its own right.

Incidentally, this is is how Reg Hardware treats capitalisation, borrowing the tradition established by the Oxford English Dictionary. If the abbreviation is read or spoken as a word, we only captalise the first character.

Examples include 'Ram' and 'Rom'. 'CD' is capitalised because, like the earlier examples, you say it out loud - or in your head - as discrete letters. 'CD-Rom' neatly mixes the two notion. 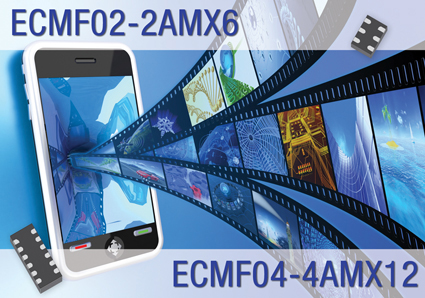 There are exceptions: 'RIM', for 'Research in Motion', is a case in point. We tend to write this as 'Rim', because that's how we all say it - only a few, odd souls say are-eye-emm. But a number of readers don't like this approach, preferring 'RIM', even though it is still spoken and read as a word, because they are either used to seeing it that way in print, or because they feel it mocks their favoured smartphone platform.

But we digress. Back to STMicro, which defines IPAD, as opposed to iPad - but not 'Ipad', which looks ugly in sans serif text, and is ambiguous: is that a capital 'i' or a lower-case 'l'? - as an "Integrated Passive and Active Device".

Trademark law in most nations that have one allows multiple use of protected words, provided each case can't be mistaken for the other. No one is (hopefully) going to misunderstand a reference to a Ford Focus as a pointer to Focus magazine, for instance.

The devices STMicro is referring to are chips, but that may prove too close a relationship for Apple's aggressively protective trademark lawyers, especially when STMicro accompanies its discussion of the IPAD with a picture of a gadget, as you can see above, that looks a lot like an iPhone with some PhotoShopped additions.

Apple, of course, had to deal with the fact that another company, Fujitsu, held the name 'iPad' among its roster of trademarks for a gadget released in 2002. Apple eventually acquired the trademark from Fujitsu, for an undisclosed sum.

Will it strike a similar deal with STMicro? Or is a 'cease and desist' letter in the post even as we speak?

Incidentally, the US Patents and Trademarks Office lists STMicro as the owner of two IPAD trademarks, but marked as "abandoned". It has also trademarked - as of 2001 - 'IPAD' in Europe. ®