Review Griffin’s latest iPad and iPhone accessory is recognition that, far from being hidden out of view in home offices and studies, owners of Apple gadgets like to show them off. You see, the Griffin PowerDock Dual has two Dock connectors, designed to charge an iPad and an iPhone or iPod simultaneously and the two objects of iEnvy perch there much like an ornamental display. 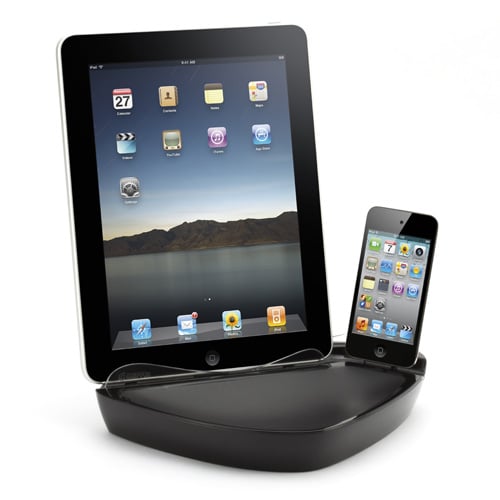 There’s no reason you couldn’t charge, say, an iPhone and an iPod classic at the same time, though charging two iPads together will be a squeeze too far. The PowerDock Dual’s wide base also serves a dual purpose. It keeps the whole thing stable and thus prevents your iPad crashing to the floor when you brush past it. Its concave surface is a handy storage dish – or valet as Griffin calls it – for car keys, spare change, and anything else you’re likely to want to grab on your way out the door. 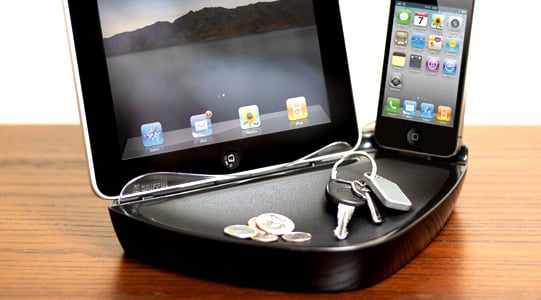 iBeg: iPhone, iPad and an iOS 4 habit to support

The dock connectors themselves provide 10W for the iPad, and 5W for the iPhone or iPod. Every iPhone and iPad model is supported, as well as iPod nanos going back to the fourth generation (the first of the tall slim curved ones) model, and the iPod classic. 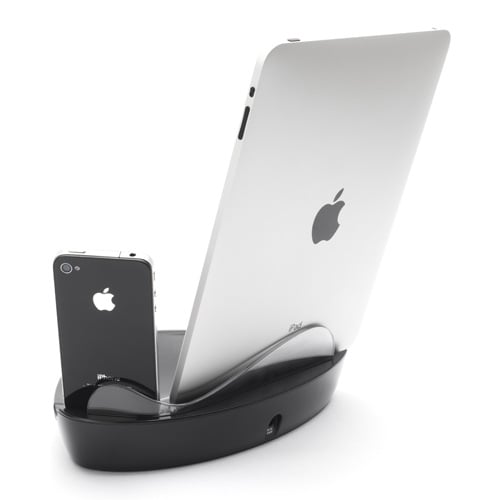 The AC power supply comes with four slot-in international plug adaptors, just in case you want to tuck the PowerDock Dual into your suitcase and take it on holiday with you.