Electric cars not as 'green' as advertised

Electric cars may be cheaper to run, but they're as guilty for CO2 emissions as the internal combustion engine.

So say consumer watchdog Which? researchers, who compared the energy consumed when charging electric cars to that of several efficient diesel vehicles and concluded there was minimal difference.

For example, the report says emissions of the Nissan Leaf - an electric car that costs £24k - works out to 81g/km. 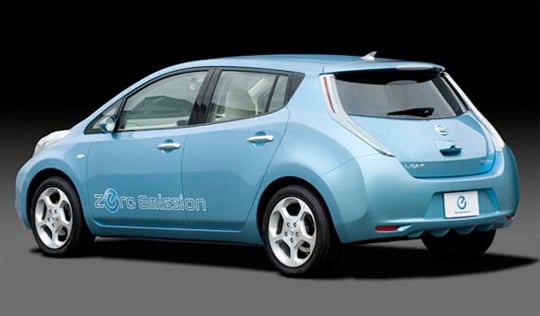 Okay, so there is a clear difference, but when car manufacturers claim their electric vehicles have zero emissions, they are being economic with the truth.

To produce these figures, Which? looked towards the Carbon Trust's measurements that 544g of CO2 is emitted for each kilowatt hour of electricity used. This was then converted to a grams per kilometre CO2 rating.

However, it's important to remember the CO2 emissions EVs do produce happen at the power station, where they're easier to control and energy can be drawn from renewable sources. Diesel engines are particularly efficient too and EV technology is fast improving.

Which? accepts this though and says EVs are still much more environmentally friendly due to their elimination of localised emissions that degrade air quality. The significance of which is most notable in cities, although perhaps not so much around London's Elephant & Castle, the greyest place in Britain. ®