Review Killzone 3's Infiltrators are a class apart. Camouflaging themselves, they mimic their opponents' identity to move unmolested through hostile territory. Then, when the pivotal moment presents itself, they break cover and wreak havoc on an unsuspecting enemy. 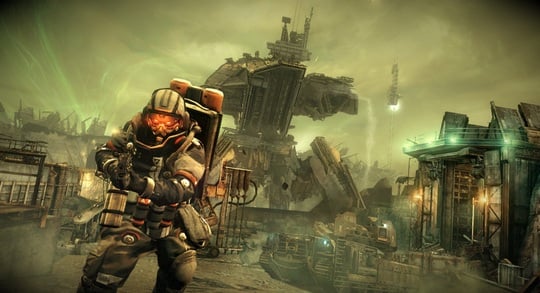 Smoke on the war ground, fire in his eyes

Infiltrators aren't just a novel addition in Killzone 3's multiplayer classes, they're the embodiment of Killzone itself – a series constantly in search of a convincing identity. Touted as the PS2's Halo killer, the original Killzone proved unworthy pretender, with mediocre gameplay and an awkward control system. Killzone 2 fared only marginally better, falling short of the self-cooked hyperbole of its infamous pre-rendered showing at E3 2005. Although the final game remained visually arresting, the oppressive monotony and palette of its single-player campaign was alleviated only by its distinctive online multiplayer.

Killzone 3 marks a further advancement, but one that settles any lingering doubts over the series' underlying identity as the epitome of beauty over brains. Drawing back Killzone 2's horizon to reveal the hinterlands of Helghan, your fight moves from the rubble of its nuked capital Pyrrhus to pristine industrial complexes, Arctic oil rigs and gloomy alien forests lit by deadly, fluorescent flora. Killzone 3 the most beautiful, immersive corridor shooter ever made: a blitzkrieg on the eyes and ears. But it's a corridor shooter nonetheless. 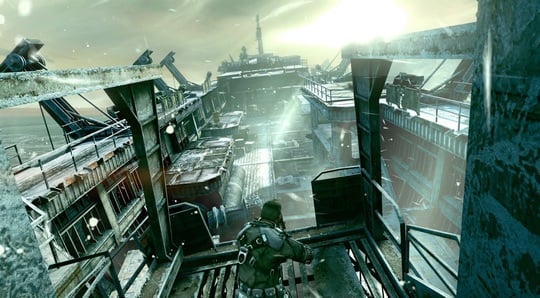 The boat that shocked

The palette may be lighter and more varied but the war remains as oppressive and incessant as ever. Your singular objective remains. Move forwards and kill. Hour after hour the backdrops change, but the foreground remains the same. No matter how wide the panorama or how stunning the view, the game funnels you through with strict linearity, fighting against a heavily scripted, critical mass of Helghast footsoldiers.

Next page: One way traffic
Page: