Scientists reckon they've cracked the mystery as to why during 2008-2009, the Sun was completely devoid of sunspots for almost two years.

It also prompted a cooling and collapse of Earth's upper atmosphere in the absence of the UV ray heating normally provided by sunspot activity.

Just why the Sun went quiet for so long has until now had boffins scratching their heads, but a team led by Dibyendu Nandi of the Indian Institute of Science Education and Research in Kolkata says it has the answer.

Nandi declared: "Plasma currents deep inside the sun interfered with the formation of sunspots and prolonged solar minimum. Our conclusions are based on a new computer model of the sun's interior." 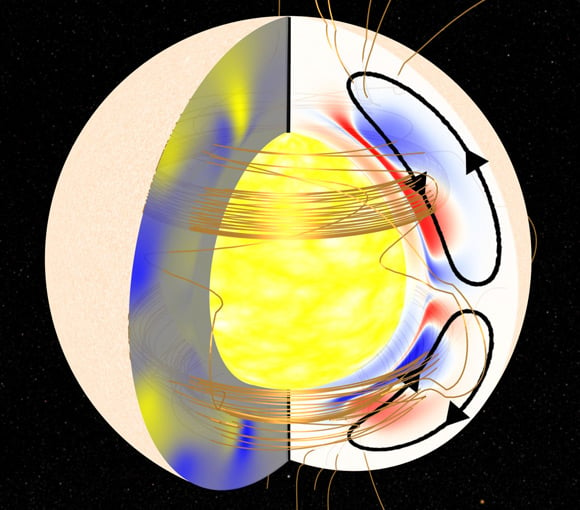 The crux of the matter is the behaviour of the "Great Conveyor Belt", represented in the above graphic as black arrowed loops.