Adobe has released a beta of Flash Player 10.3 that – among other new niceties – includes a preferences pane for managing your storage, camera, playback, and other settings.

As one commenter to Lifehacker's report on the beta's availability put it: "So Adobe is declouding Flash! Yay!"

The Mac OS X version of the beta provides a four-tabbed preferences pane with controls for Storage, Camera and Mic, Playback, and Advanced: 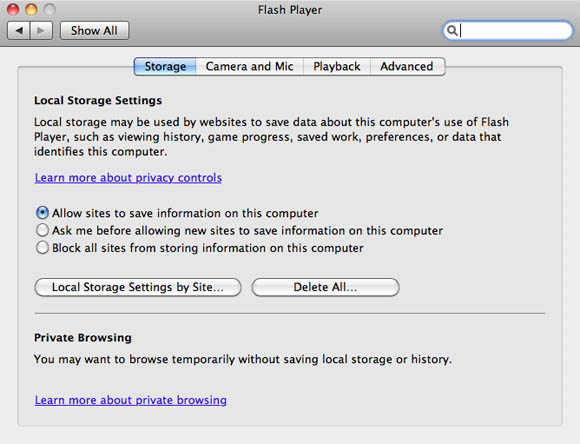 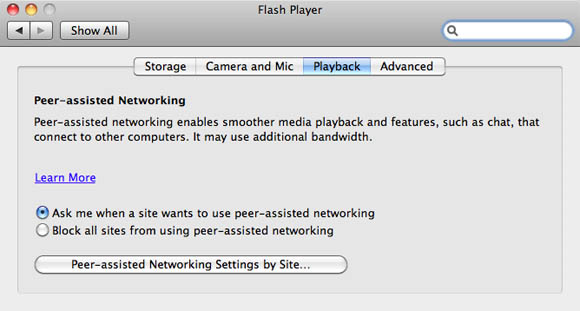 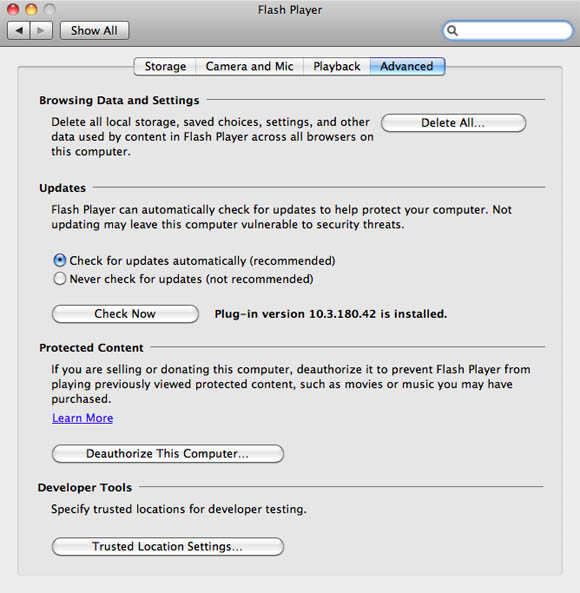 In addition to the addition of "declouded" controls, the beta's release notes detail new features such as easier media-measurement capabilities, acoustic echo cancellation and other audio improvements, and auto updates for Mac OS X.