Group Test When the final old-style analogue broadcasts cease in 2012 the default way of receiving TV will be Freeview. For years there have been alternatives for those willing to pay more, and you can end up with as many channels as Lady Gaga has costumes. Like those outfits, you might think: is it necessary to have so many? 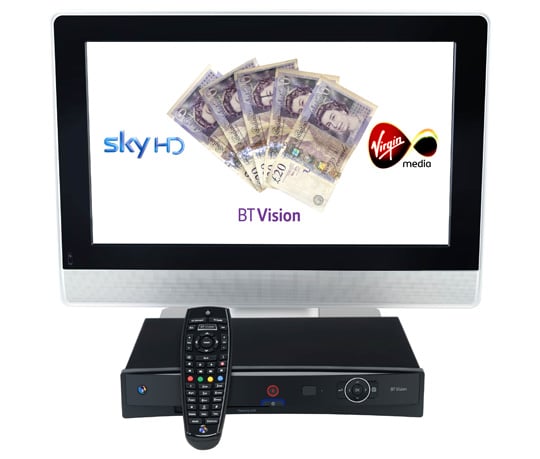 That choice has now expanded into catch-up services from the main broadcasters and various video on demand (VoD) options, meaning that you can select from a big pool of programmes without having to pre-record them. Given these options, what else can you expect to get from Sky, Virgin Media and BT Vision, the big three pay-TV providers? This feature kicks off by highlighting the differences in the deals and the equipment provided. Later, there's a comparative review of all three to see how they perform to keep you in the picture.

Reach For The Sky

Sky's satellite service is nationwide, as long as there are no obstacles blocking line of sight to the dish. Flat dwellers can sometimes arrange communal instals. Planning permission is not needed for mini-dishes, while good installers can suggest discreet dish designs or less obvious places to put them. 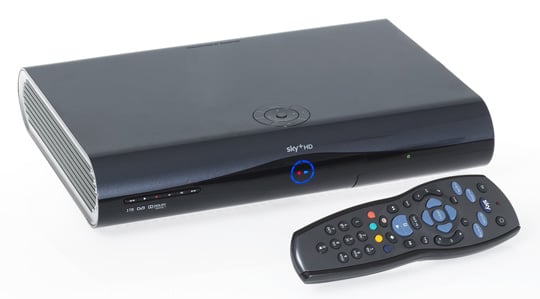 As with all providers, prices can change and there are often special offers. As of March 2011, subscriptions start from £19.50 a month, rising to £52 for all packages, excluding the optional £10.25 monthly HD fee. As more channels go HD, I can imagine this being waived for some or all subscribers, like the initial Sky+ service charge that was phased out in 2007.

Main packages are themed into Variety, Knowledge, Style and Culture, News and Events, Children’s and Music, plus premium movies and sports. In total there are more than 500 TV and around 80 radio channels. A capped broadband and phone package is included free.

About 240 of the TV channels are available for no charge, including HD from the BBC, ITV and Channel 4. These are generally what Freesat viewers also get. The number of Sky's HD channels now tops 50, and there's a dedicated 3D channel.

The current Sky+HD box has 250GB for recording and is free to new or upgrading customers on certain subscription levels. A model with a 1TB hard drive costs £249, though if you’re technically confident, DIY upgrades to previous Sky+ drives are possible. A non-recording high-def satellite receiver is planned that can be put into second rooms and networked to Sky+HD as a slave unit.

Sky’s choice of selected programmes or films are optionally 'pushed' onto a reserved part of the Sky+ disk under the Anytime setting, while the new video-on-demand download service Anytime+ runs on Sky+HD boxes from broadband. This is a bonus feature for Sky broadband users on the £7.50 per month unlimited tariff and carries a reasonable selection of old and recent Sky TV, so you can revisit classic episodes of the The Sopranos, 24 and suchlike. Around 600 films are available to movie subscribers.

The Sky Player online VoD and live channel streaming are available for PCs, Macs and the Xbox 360 (for Gold Live subscribers). Sky has Mobile TV apps plus a version on the Fetch TV box and, soon, Humax’s TV Portal.

Sky Anywhere, due later in 2011, is a cloud based approach for accessing content across devices inside or outside homes, combining Sky Player with Mobile TV.