Diagramming tools to the rescue

Workshop Keeping track of your network infrastructure is crucial to maintaining control, because you can’t expect to manage it without an understanding of what you have And since a picture is worth a thousand words, keeping a live map of the network makes it easier to see what’s going on when faults are detected or when change planning is underway.

So which tools are out there and how do you make best use of them?

The most popular network diagramming tool is probably Microsoft Visio 2010 Professional. Its features are aimed at a broad set of users so you are likely to find it on your corporate approved purchasing list. We will be focusing mainly but not exclusively on Visio. 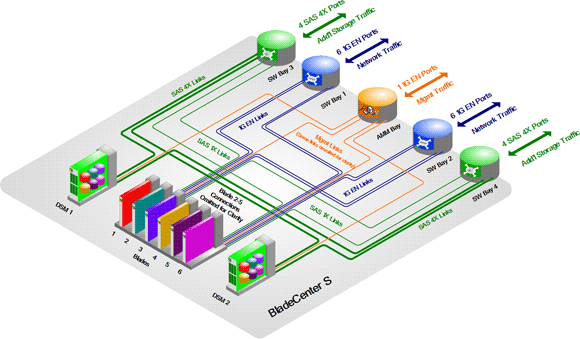 The biggest visual difference between earlier versions and Visio 2010, released in June 2010, is the ribbon toolbar that is now standard across Microsoft Office. Love it or hate it, there appears to be no escaping it.

Perhaps the most useful addition to Visio 2010 is the Containers feature, which allows you to group objects, whether a set of physical or logical devices or any other type of device, by dragging them in and out of containers. This can be a time saver when designing complex network diagrams as you no longer need to ungroup and re-group objects when things change.

Microsoft has also tweaked the user interface, including the Shapes window. It now allows you to pull your preferred shapes into a single view, and has a useful mini-shapes window which pops up, slightly greyed out, when you hover over one of the control buttons. This allows you to connect to a new shape without going through the menu structures.

Other changes to look-and-feel include a way of changing themes quickly. Themes can be used, for example, to help you distinguish at a glance which department’s diagram you’re viewing. Additionally, the new auto-align feature can tidy up a diagram quickly, with a preview that allows you to see the change. 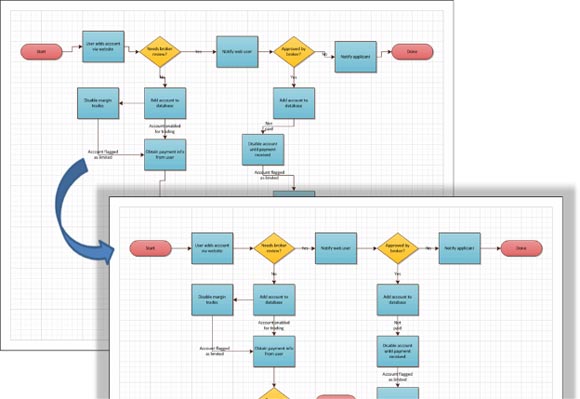 Active user forums are always helpful and Visio’s popularity ensures that there’s a lot of community support out there, something that could help to offset its higher purchase price.

For example, using one of the independent forums such as Visio Guy, you can learn how to maintain a live network diagram with Visio using Microsoft SystemCenter. This shows at a glance which devices are up and running and which are in trouble. There are also lots of hints and tips on how to position text precisely, how to link to Excel spreadsheets, how to build rack diagrams, and more.

Recent items on the Visio developers’ blog, Visio Insights include useful advice on how to create equally spaced shapes, resetting and creating text on connectors, and selecting hidden objects.

However, users are still missing the network auto-discovery feature. Microsoft removed this in 2003 when it killed Visio’s Enterprise Network Tools add-on in favour of concentrating on developing comment tracking and the ability to publish diagrams to a SharePoint workspace.

There are plenty of alternatives to Visio, many of which are free, although some require a Linux desktop. For Windows, Network Notepad offers basic network diagramming with a limited degree of connectivity testing. Other more general tools include Diagram Designer and yEd, which offers only a limited number of pre-defined shapes but allows you to create your own. Both of these are free.

Payment will buy you access to more sophisticated software, including eDraw Network, which can create basic network diagrams as well as Cisco-based diagrams using built-in shapes. Other alternatives include LANflow, Network View, Netformx, SolarWinds, and Ipswitch’s WhatsUp Gold, many of which also offer a network discovery feature. The Ipswitch product boasts a particularly long pedigree and plenty of end-user support in the form of a forum and community-contributed scripts.

Network diagramming is essential. While Visio has the lion’s share of the market, it is not the only tool available. Its lack of auto-discovery, often seen as a key feature for network diagramming, is its main weakness for some. If that is the case for you, WhatsUp Gold could be what you are looking for. ®