It's 3am, you can't sleep so you switch on the television. Amid the inevitable reruns and chatline ads, an advert comes on for the latest videogame. Inspired to try it out, you switch over, grab a control pad and immediately start to play. No download, no trips to Blockbuster, no waiting for the postman to arrive with a game from LoveFilm. You didn't even need to fire up your console.

Welcome to the world of cloud gaming. 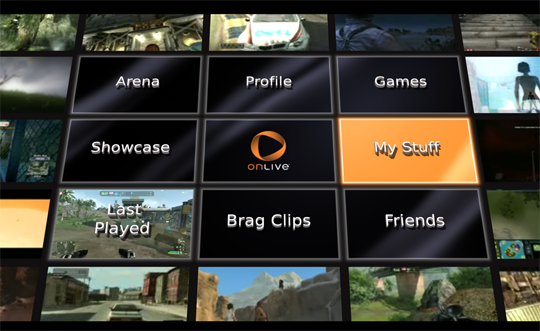 You may think this scenario whiffs of science-fiction, but the reality is not far off. Will hardcore gaming desert traditional consoles and souped-up PCs, and instead jump to cloud-hosted systems? WebTV founder Steve Perlman certainly thinks so.

His cloud-based gaming company, OnLive, has generated plenty of buzz since it was announced in 2009. The premise is simple: to offer hardcore gaming over the web, with no downloads other than its OnLive Game Service app, and no specialist hardware necessary. All content is stored, synced with control input, and rendered on remote servers, then delivered over the web to a user's computer, telly or even mobile phone.

The industry is keen - such services have the potential to eradicate piracy. With no downloads and no physical media, what are the file-sharers going to rip?

There are benefits for gamers too: no need for expensive hardware, or additional handsets and proprietary chargers. No scratchable discs, or boxes cluttering up shelf space. If you're an avid fan, they'll be no queues around the block at midnight waiting for a new release, either. The price of games will plummet, as publishers can reach consumers directly without the need for retailers - digital or physical. 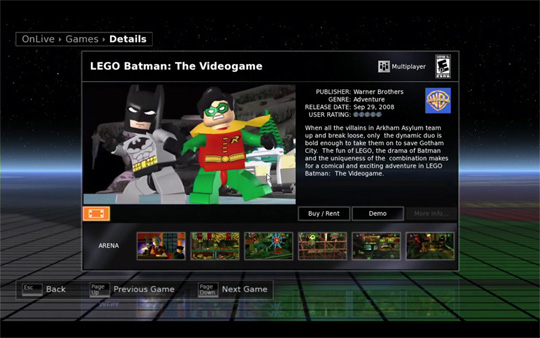 You can see this already on OnLive where games start at just $4 (£2.50) for a three-day pass and average $30 (£18.50) for a full PlayPass, which lets users game for as long as they like. A subscription, which allows unlimited gameplay over all available titles, costs $10 (£6) a month.

Next page: Play at home, play on the move
Page: