Review THQ has made it abundantly clear that it intends to step it up as a publisher, marquee titles – the likes of De Blob 2, Red Faction: Armageddon and indeed Homefront are all part of that plan – as the publishing house looks to take on Activision and EA, specialists in the art of the cross-platform blockbuster. 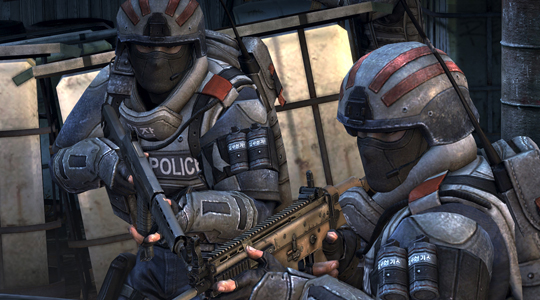 Cop a load of this

Opening with a scripted sequence which brings Half-Life’s now legendary Black Mesa tram sequence immediately to mind, we find protagonist Robert Jacobs being forced onto a secured bus by armed forces. As the bus departs Jacobs is party to atrocity after atrocity, as innocent civilians are beaten, bloodied and even murdered on the roadside.

Of course, given the game’s well-publicised twist, it’s the Koreans toying with the Geneva Convention, while their hapless American captors cower before their feet. The thought occurs: what would Jack Bauer do? This riff on the alternative history (alternative future?) storyline is introduced by a brilliantly edited newsreel at the game's opening. 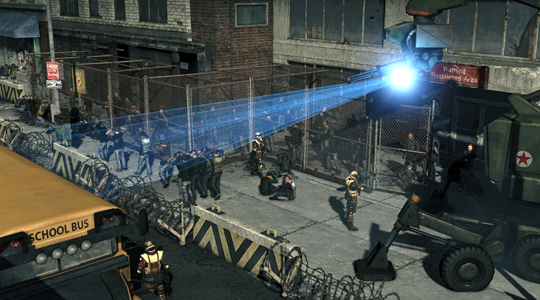 The synopsis tells that by 2012 Kim Jong-il will have long passed on, leaving the reins of North Korea to his son, Kim Jong-un. Reins he seizes with relish, soon uniting Korea by force. By 2014 social and economic factors have combined to leave the world (well, the US, there’s not much mention of Europe) in deep recession, short of oil, power and, by 2017, in the mire of civil unrest.