Pics Supporters of Bradley Manning stripped down to their skivvies outside the office of US Senator Dianne Feinstein to protest the treatment of the suspected WikiLeaker, who is being held in solitary confinement, often without being allowed to wear clothes.

Chanting slogans such as “Solitary confinement is inhumane” and “Due process, humane treatment,” the protesters called on Feinstein to oppose Manning's prison conditions, which also prevent him from exercising, sleeping during the day, or reading except during certain hours. He has also been forced to sleep naked many nights and then stand at full attention the following morning for inspection, according to his attorney.

Several of the supporters wore face masks depicting the army intelligence analyst, who has been charged with about two dozen counts, including aiding the enemy, which carries the potential of a death sentence. He was arrested in May and first charged in July with downloading confidential documents and later supplying them to WikiLeaks. 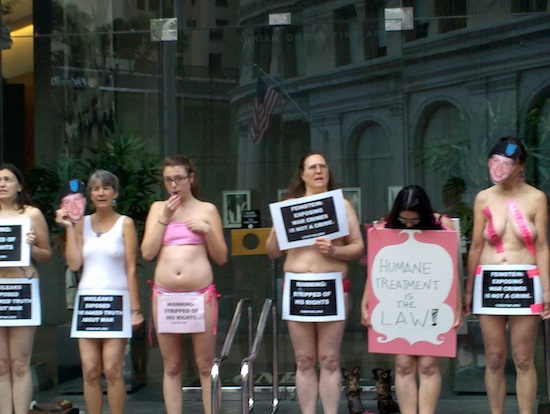 Supporters of Pfc. Bradley Manning outside the building where US. Senator Dianne Feinstein's offices are located 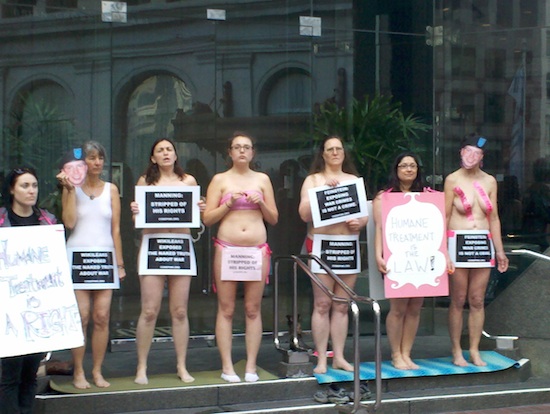 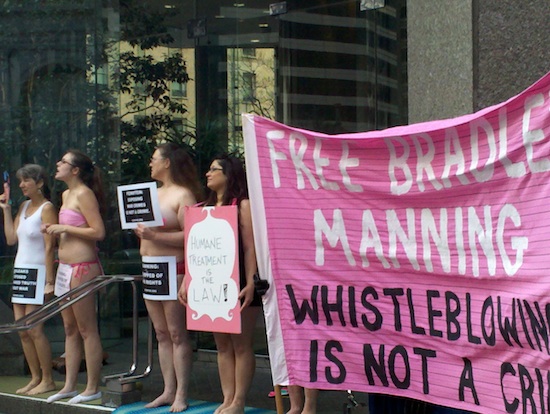 Baring breasts and covering their private parts with signs that read “Manning: Stripped of his rights,” some of the protesters also wore face masks depicting the 23-year-old suspect. The setting being San Francisco, most passersby barely seemed to notice. ®

Escalation of targeted threats is an 'emergency' that required 'dangerous' decision 'we are not comfortable with,' says CEO
PaaS + IaaS5 Sep 2022 | 156