Home Office details payouts to Thales and others

The government has released details of how it is paying suppliers £2.253m to compensate them for the cancellation of contracts connected to the scrapped plans for identity card. 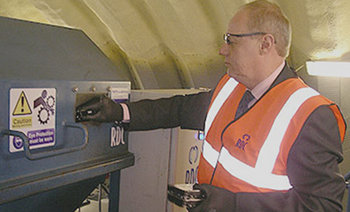 In a letter to Labour MP Meg Hillier, immigration minister Damian Green said that the government had paid £2.002m to Thales, £183,000 to 3M and £68,000 to Cable and Wireless in compensation for cancelling their contracts.

The government is paying Thales a further amount "to decommission ID card systems and securely to destroy the personal data held in these systems". The letter is dated 10 February, but has only just been published online through Parliament's library.

In a written ministerial statement published on 16 March, which confirmed that identity cards had ceased to be valid on 22 January, Green said: "The cost of decommissioning ID card systems and securely destroying the personal data is, subject to final invoices, £375,000."

In the letter to Hillier, Green also says that the government expects to save £134m through cancelling fingerprint biometric passports, affecting three contracts. A deal with CSC for application and enrolment systems and one with IBM for establishing a database of biometrics have been amended with their scope reduced, although neither required termination payments. The two systems have been used to handle identity documents for foreigners which require applicants to be fingerprinted.

A third contract, with De La Rue for passport production, would have required a "scope change" for the introduction of passports containing fingerprints, Green said. As this has not happened, this contract has not been altered.

Green also released through the library a certificate of destruction for the National Identity Register (NIR), fulfilling the requirements of the Identity Documents Act to report the system had been destroyed, and a report from a Home Office audit manager to the Identity and Passport Service regarding the physical destruction of the NIR.

"We have confidence that sound processes were employed to ensure that the NIR, associated data and computer hardware were identified and destroyed in accordance with the Identity Documents Act," the report says.

This article was originally published at Guardian Government Computing.

Industry lobby says thanks, but we'll take it a bit slower than that