Review “You have to see it for yourself.” As the 3DS' unofficial marketing catchphrase, that's as good as it gets: an enticement at the most personal level. As the opening gambit to a product review, it's far less auspicious. But that's the reality of Nintendo's new wunderkind. Seeing is the only way of believing. 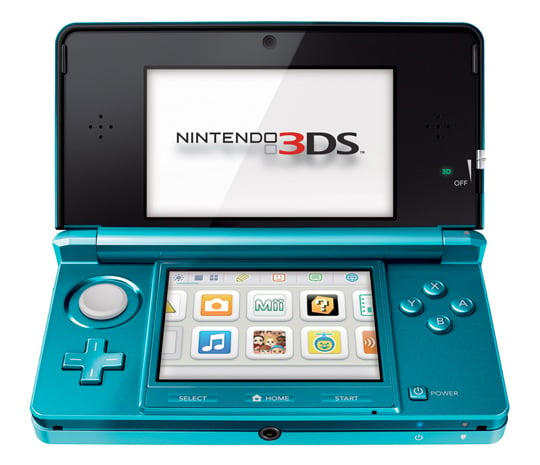 The phrase "auto-stereoscopic parallax barrier" might describe the glasses-free 3D wizardry, and "added precision and immersion" prove a handy panacea for articulating the gadget's benefits, but nothing prepares you for the magic of your first experience with the 3DS.

My crazy Nan - it's OK, she really was reality-challenged - believed there were people running around inside your TV set. How ironic, then, that in a bizarre Twelve Monkeys-style epiphany, the 3DS posthumously proves she wasn't crazy, just way ahead of her time. The depth effect tricks your mind so well that objects appear corporeal, as if you could reach in and pluck them out. But the effect isn't as shallow as depth alone.

Early uses of the tech suggest a panoply of future effects. Perhaps the most intriguing are the 3DS' pre-loaded games. Face Raiders combines the built-in cameras and gyroscopic sensors into a novel kinetic game. After posing for a snapshot, your face is overlaid on 3D helmets, which are superimposed onto the real world through the viewfinder. You then need to physcially move around to find and shoot the helmets out of the sky.

AR Games: Augmented Reality plays in a similar way, but reads information from playing cards included in the box to make a variety of 3D objects appear from nowhere. Another simple shooter, this time boxes, targets and monsters pop out of thin air, while, most impressively, the game distorts the background, making real-world surfaces appear magically to bulge or contract.

You know, for kids

Limited as these in-built games are, they offer tantalising glimpses into the future of AR, and provide the most compelling evidence to date that 3D can enhance gameplay, not just beautify it.

Next page: From the side
Page: