For your dog and bone

Review The Zomm is a pebble-shaped wireless ‘leash’ for mobile phones. It pairs to a phone using Bluetooth and if the two devices are separated by a few meters then the Zomm alerts you, first by vibrating, then flashing and a few seconds later by beeping. 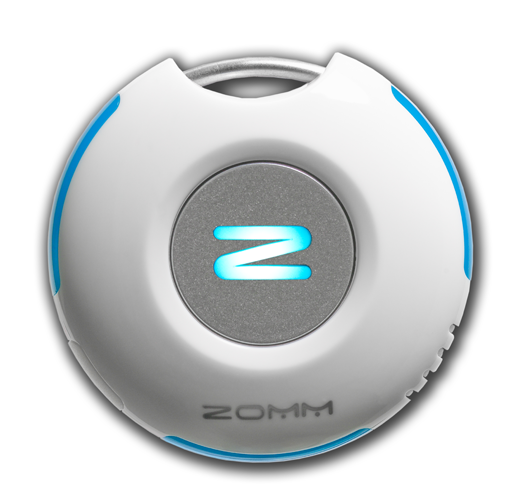 Protect and survive: Zomm's wireless leash is controlled by just one button

Designed to be used as a key-fob, it means that if you leave the house, office, pub, etc, without your precious handset you’ll soon know about it rather than when it’s too late. Similarly if the Zomm is in your pocket but someone makes off with your mobile, you’ll be aware of it.

It has an additional personal safety feature that emits a panic alert after holding the Zomm’s button for nine seconds, though it’s quieter than conventional personal alarms. Hold it for a further five seconds and it automatically dials an emergency number. This can be set to whatever you like, such as 999 or your next of kin. Its default is the Europe-wide 112 and at the start it plays a standard message, in case you are unable to speak.

You can use the Zomm’s Bluetooth speakerphone feature during emergency calls, with the option of muting the speaker – though you wouldn’t be able to hear what the other person is saying without transferring the call back to your handset – and I can imagine this being fiddly in an actual crisis. However, it does work, which I checked after customising the Zomm to dial my landline. 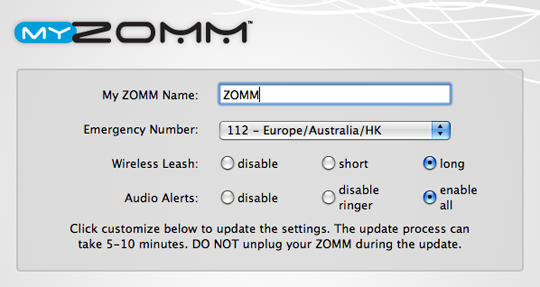 In less urgent situations you can also use the speakerphone function just like any hands-free device, which makes it useful for conference calls or if driving, as long as the Zomm is safely accessible (e.g. attached to your car key). An in-car accessory kit is also available. If you already use a Bluetooth headset, only newer phones will allow two connected devices.

Next page: Raising the alarm
Page: