Review Where Crysis shifted the paradigm of photorealism for a lucky monster-rig owning few – while power slamming the nail into the coffin of my creaking 9800 Pro – Crysis 2 is a far more forgiving beast. 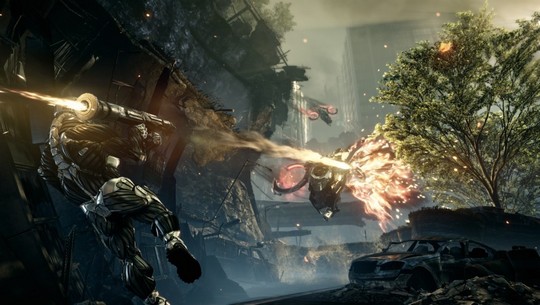 The near-identical performance of the PC and console versions might not please PC gamers, but the shift to multiplatform befits a series deserving of a larger audience. And even though Crysis 2 consequently falls short of the original's technological leap, it still ranks as one of this generation's most beautiful games.

Facial animations and character models don't quite match the fidelity of Black Ops and Killzone 3, but Crysis 2's locales are in a league of their own. The understated palette lends an authenticity to New York that, even in the aftermath of a devastating alien bombardment, feels instantly familiar. Seen in the half-light through dust kicked up from collapsing buildings, and smouldering and desolate, it's a New York eerily reminiscent of 9-11. 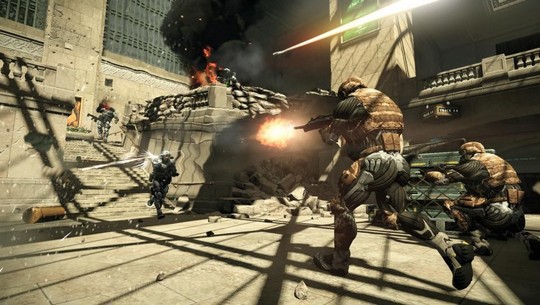 With collapsing freeways, alien craft smashing into skyscrapers and even a tsunami, it's also Roland Emmerich's New York. But despite a near-constant bombardment of grandstanding pyrotechnics, it's the intimacy of disaster that resonates most. Thrust into the Nanosuit 2 by chance, your character, US Marine Alcatraz, is unwittingly caught up in the chaos, battling an alien invasion on one side, and on the other, a private military company hell-bent on exploiting the alien technology for its own gain.

Next page: Suit yourself
Page: