Tesla Motors has filed libel a suit against the BBC, accusing Top Gear of defamation.

Back in 2008, we reported how in comparison tests between the electric Tesla Roadster and a Lotus Elise, Jeremy Clarkson and co. falsely declared the Tesla ran out of juice and had to be pushed home. The programme later said it was only showing what would have happened had the Roadster actually ran out of charge. It didn't appear that way in the show itself.

Clarkson claimed the Tesla cut out at 55 miles and famously said "It's just a shame that in the real world, it doesn't seem to work". 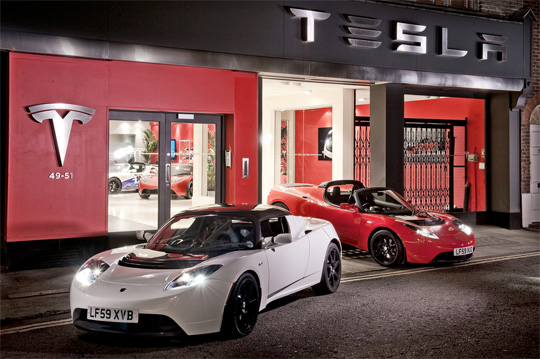 Now that the episode is being played on DVD and shown on repeat Stateside, Tesla feels it was forced to act, suing the Beeb in order to "clear up their lies", the Daily Mail reports.

The company has even put up a webpage to promote its case, which states it is still receiving questions from potential buyers who bring up Top Gear's report and are thus concerned.

The lawsuit isn't about the money though. The webpage says "Tesla simply wants Top Gear to stop rebroadcasting this malicious episode and to correct the record, but they’ve repeatedly ignored Tesla’s requests." Given that Tesla Motors became a public company in June 2010, presumably it has enough juice to sustain this charge. ®