The single player game is based around leading your clan to victory by conquering your neighbours. This is a very complex game and those who haven't played before should start with the robust tutorial that brings you up to speed. 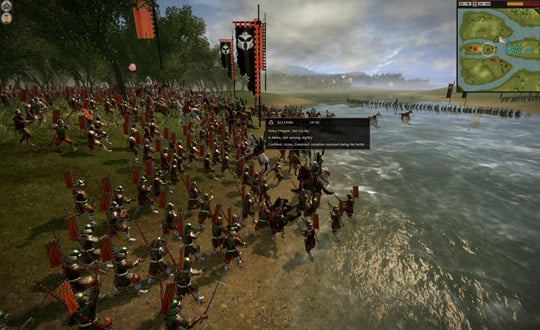 You’ll need dominance in warfare, economy, technology and politics to be victorious. You start by choosing your clan out of the nine available. I chose the Shimazu clan because of the easily defendable position of their island, and clan traits of recruiting cheap and hardcore Katana samurai. Starting the game you are greeted by a helpful but badgering advisor, "You need more bloody roads!". But don’t get complacent if you’ve played the game before the campaign map has changed adding new challenges to even experienced players.

The game is divided into two parts; a turn based campaign mode and a battle mode where you take control of thousands of troops. You start in the turn-based mode and you are given a mission to take over certain territories. In a short campaign you would have to take control of around 15 territories. 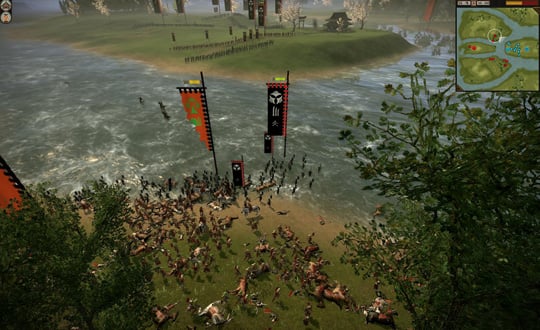 The first thing to do is to start your economy running by developing trade routes. Admittedly, I didn't prioritise this and that's what lost me my first game. Next thing you need to spend some serious time procuring massive armies, but take care not to piss off the neighbours, as they will come in handy. Indeed, a spare daughter to marry for an alliance will stop you being attacked by other clans in the early stages of the game. As you conquer you collect clan influence, which brings your clan to the shogun's attention. But beware if your influence gets too high the shogun and his loyal clans will attack you and that means total war.