The cream of the crap crop

April Fool Prime Minister David Cameron hails them as the young, wealth-creating foundation of tomorrow's economy. But who are they? Here's El Reg's guide to the stars of London's vibrant tech startup scene - whose drive and energy is already ripping up the rules of government, and traditional profit-loss accounting methods.

Darren Fearnley-Mitford shot to fame in the first dot.com era, aged eight, when his virtual currency website for schoolchildren Tuckkshop went viral. A follow-up virtual currency site Fluffmint.com was less successful, causing a devaluation of the Romanian currency, the leu.

Motto: "Every yar is gap yar"

Steve Bong of Bong Ventures has provided angel investment and early stage capital for Shoreditch superstars such as stalking site Trackr, the social network for pets Catflapp, and shopping coupon meta-aggregator WeDeemr. Bong proved his digital media mettle by losing around £3bn in one day at City hedge fund Woodstock Capital, before striking out on his own.

Some say the centre of the Shoreditch tech scene is the co-working space The Workhouse Club, a series of packing crates rented out to dozens of "hot desking" wannabe digital media enterpreneurs. But insiders know better.

If London's social media scene has a heart at all, you'll find it in the party flat of Lafayette Fenwick-Symes, Shoreditch's Mr Meetup.

Perennial party figure and socialite Fenwick-Symes is the instigator of the Monday 3pm Meetups, the Digital Elevenses Drop-Ins, the Wednesday Morning Mashup, Tuesday Togethers, and Social Saturday. A popular figure on panels, he has also judged over 3,000 TechCrunch-branded tech hub events in the past two years.

But he also has a compassionate side. He recently organised "TooSoonArmy" (#toosoonarmy), a deeply moving tribute that saw thousands of London's social media marketers send virtual well-wishes to emergency workers on the stricken Fukushima nuclear reactor, via Twitter.

Motto:"It doesn't look like work, darling, but it's killing me"

Coder and epigrammatic blogger Matt Sprite cut his teeth at the BBC and Nokia. He's most famous for inventing the Mystique school of Javascript development, where coders are forbidden from ever checking the return value of a function.

Sprite blames short-sighted management for the failure of the ambitious "Beta BACS 2.0" project, three years ago, which introduced social media, mashups and the philosophy of radical transparency to the UK banking sector's automated clearing system. The project encouraged live Tweeting on every transaction, and led to the mysterious disappearance of $53trn from the international credit system.

It was probably ahead of its time. Recent clients include Nokia and the BBC.

Motto: "Every block of code is a journey into the unknown" 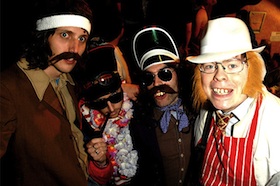 Agency C - A G A T GG TG G A T - {G G} is touted as one of Britain's brightest exports, and spearheaded a delegation of around 800 movers, shakers and BiS civil servants at this year's SxSW Festival in Austin.

Motto: "Our consultants' £25,000 day rate does not include travel expenses" 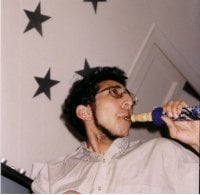 Rahul Sativa gives London's digital media startup scene a voice at the heart of government - quite literally. The social media-savvy policy wonk lives in a zero-carbon pod suspended 20 feet over the Old Street roundabout itself.

A protege of both Steve Hilton and David Cameron, Sativa made his name by co-authoring the influential Capitalism Without Profits policy document, which was later embraced by the Conservatives in their Election Manifesto. He is the closest thing UK Government 2.0 has to a CTO, but he prefers the term "UXP Engagement Consultant" .

Sativa was also the driving force behind a set of radical initiatives designed to revive interest in participative democracy by using web tools, including "Single Transferrable Tweet", a proposal to divide constituency boundaries by social media popularity, and a proposal to compulsorily acquire all UK intellectual property for £1, arguing that "property is theft".

He can be found at top local bars including the Lobotomy Rooms, and Bar Barian, often with Steve Bong and other tech hub titans.

Date at which he joins Google: Before the next general election

Ophelia Whimsy's insider coverage of the Shoreditch tech scene for the Guardian website is mandatory reading for literally dozens of nontrepeneurs as they wake up to their organic yerba mate every day at 2pm. Whimsy's biggest scoop was Bong Ventures (cf.) investment in Transposr, a widget which transposes commas and full stops in user-generated content left on social media networks.

Feared for her hard-hitting interview questions such as "Do you have Twitter integration?" and "What will you do with please turn over your next squiggle-something ten million?"

She has judged 4,000 TechCrunch digital media entrepreneur events since 2008.

Subject to conditions: offer only valid if you can get Starship off the ground
Networks2 Dec 2022 | 9