Facebook Data Center: If it won't run ARM, what will it run?

In August, the rumor was that Facebook planned to pack its first custom-built data center with ARM servers, abandoning traditional x86 chips from the likes of Intel and AMD. The trouble was that the rumor arrived via a site calling itself SemiAccurate, and Facebook promptly told the world it wasn't accurate at all.

But on Thursday morning, Facebook will unveil a change to both the hardware and software running its back-end infrastructure, and it seems that the company will finally tell us what will go into its first custom-built data center, a facility under construction in Prineville, Oregon. Facebook may not be using ARM servers, but judging from comments the company has made in the past, we can't help but wonder if it's taking at least a small step towards the new breed of server based on low-power processors – and possibly towards massively multicore servers, machines that cram hundreds of cores into a single chassis.

Late last week, the social networking giant invited certain members of the press to an April 7 event during which the company will provide a "behind-the-scenes look at the latest technology powering Facebook." A company spokesman tells The Register that the news involves changes to both its hardware and software infrastructure, and it would seem that these changes will be rolled out at its new data center. 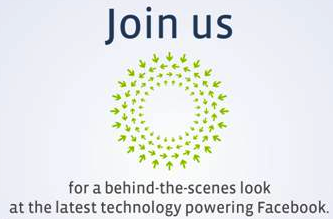 Facebook declined to say more. But on two separate occasions over the past two years, Jonathan Heiliger, vice president of technical operations at Facebook, hinted that the company was eyeing a move beyond traditional Intel- and AMD-based x86 servers. And earlier this month, the company specifically indicated that it is testing "micro servers" based on Intel's low-power Xeon E3-1200 series processors.

In the spring of 2009, at a conference in San Francisco, Heiliger roasted Intel and AMD as well as the big name server vendors, saying they weren't providing the sort of hardware needed to drive its massive web infrastructure. "The biggest thing that surprised us - or is about to surprise us - is the less-than-anticipated performance gains from new microarchitectures," he said, following the release of AMD's "Istanbul" Opteron chip and Intel's "Nehalem EP" Xeon.

"The performance gains they are touting in the press, we are not seeing in our applications. We are literally in real time trying to figure out why that is and if there are optimizations that we can do. Otherwise, we are kind of left with current-generation technology and current-generation scale."

He was also critical of the power consumption exhibited by machines from the mainstream server vendors. "I am not sure whether to be embarrassed or pleased for the OEM and system vendors in the audience, but you guys just don't get it," he said, before accusing server makers of "failing us".

Then, a year later, at the same conference, he hinted that Facebook was interested in alternative hardware from chip maker Tilera and server builder SeaMicro. Last year, both of these companies unveiled hardware that lets you run several thousand cores in a single rack while consuming less power than a rack of standard x86 servers.

It's unlikely Facebook will make the leap to SeaMicro, and though Tilera-based machines are a possibility, it's far more likely that the social-networking giant will move so-called micro servers based on Intel's E3 chips. At the press event touting the "Sandy Bridge" Xeon E3-1200 processors three weeks ago, Intel trotted out Gio Coglitore, director of Facebook Labs. Coglitore said that Facebook has been testing micro servers and that it may deploy them in 2011 or 2012.

The other thing to consider is that Facebook is a flagship customer of Dell's Data Center Solutions (DCS) group, a Dell division that designs bespoke servers on behalf of companies running unusually large online services. Dell tells us that it will be present at the Facebook announcement on Thursday.

Facebook never revealed the Dell custom server designs it's using in its existing leased data centers, but it's safe to assume they've inspired at least some of the PowerEdge-C servers that Dell has been selling for the past year. The question is whether Facebook and Dell – perhaps with the help of an outside manufacturer – are now building machines reminiscent of the Tilera and SeaMicro hardware Heiliger talked up last spring or the micro servers touted by Coglitore.

In October 2009, Tilera announced plans to squeeze 100 cores onto a single chip die, and last year, it said it would eventually push its design to 200 cores. It's TileGx chips run Linux directly, and they're specifically designed for the LAMP stack, which also includes the Apache web server, MySQL, and PHP. Facebook is a LAMP shop, though it's now converting its PHP to C++ using an open source code transformer it built called HipHop for PHP.

Tilera has received $10m in funding from Quanta Computer, the Taiwanese manufacturer that's now building more laptops than any other company in the world, and it has started shipping servers that use 64-core Tilera chips. Quanta's machine includes two boards, each with four chips, for a total of 512 cores in a 2U chassis. According to Quanta, the machine can replace a two-socket Intel Xeon server while consuming a quarter of the power per node (50 watts for a single-socket TilePro64 node compared to around 200 watts per Xeon node).

Quanta has also been known to build PCs for Dell, and it builds its own line of x64 servers.

Meanwhile, SeaMicro has introduced a 512-core, 10U server based on Intel's low-power Atom chip. The original SM10000 was based on a 32-bit Atom Z530 chip and SeaMicro is now shipping a version based on the 64-bit Atom N570 processor. The rub is that the Atom-based system board is limited to 4GB per server node, even though it has 64-bit addressing and can, in theory, address much more than that.

Next page: The case for Intel
Page:
Tips and corrections
13 Comments