No doubt regular readers will recall the US military's cunning plan to develop unmanned submarine-hunting robotic frigates - warships which would prowl the oceans like automated Mary Celestes, remorselessly tracking enemy submarines regardless of how their pale, sweaty, malodorous captains* might twist and turn. 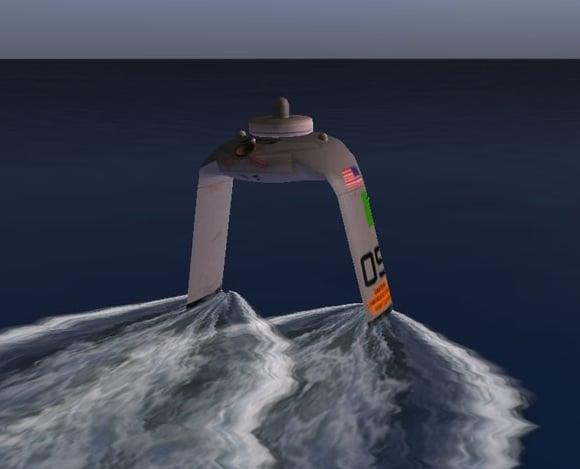 The Anti-submarine warfare Continuous Trail Unmanned Vessel (ACTUV) project is intended to produce "an X-ship founded on the assumption that no person steps aboard at any point in its operating cycle". The uncrewed frigate would have enough range and endurance for "global, months long deployments with no underway human maintenance", being able to cross oceans and fight its battles largely without any human input - communications back to base would be "intermittent", according to DARPA.

The ACTUV X-ship has taken on a bit more shape since it was first announced. The vessels themselves are envisioned as being designed for seakeeping qualities rather than easy maintenance or the needs of a human crew, and as such would cruise with their main hull submerged below the surface (and probably beneath any troublesome surface layers of the sort which can impede the performance of normal surface-ship hull sonars). The only part of an ACTUV showing above the waves would be an arch-shaped combo engine-intake/funnel unit, which would also act as a mast for communications and above-water sensors such as radar.

The guts of the submerged pod-hull would be much the same as one finds in a normal frigate: diesel and gas-turbine prime movers driving props via an electric transmission, fuel tanks, sonar for searching underwater. None of this requires much innovation.

What does require innovation, however - at least in the perception of those in charge of the project - is the development of a sophisticated set of AI algorithms to handle the ACTUV without any major help from human operators or fleet commanders. One of the contractors to win an ACTUV development deal thus far is sonar-analysis-cum-games-developer-and-audio-studio firm Sonalysts - perhaps most famous for producing submarine-warfare games such as 688 Hunter/Killer and Fleet Command, or possibly for their sound work with such artists as Aerosmith and Debbie Harry. 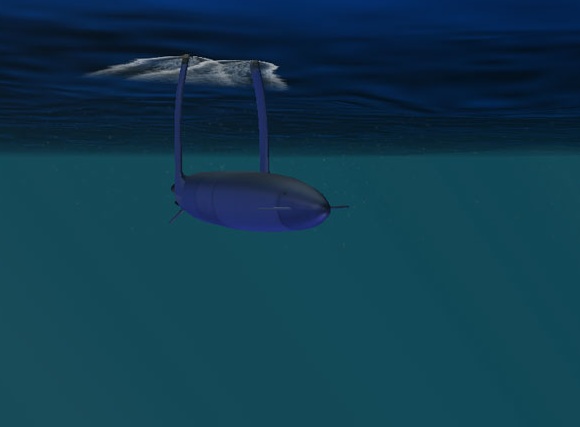 Perhaps unsurprisingly, then, it has been decided that the best way to hammer out a set of tactics for ACTUVs is to develop a game-style simulation pitting ACTUV against submarine and get people to play it - so crowdsourcing the methods and tactical principles that will then be coded into the robo-frigates' AIs.

The new game - from which these visuals are drawn - is called ACTUV Tactics. The game engine is used in various military sims and in the Dangerous Waters commercial release of 2005. It can be downloaded free in zip format here (323MB). In it, a player tries to find and track an enemy submarine while avoiding collisions with commercial vessels and the like. Various different proposed models of ACTUV robo-frigate are available: Gator, Remora, Seahorse, Shark and Triton. Scores can be uploaded to rankings leaderboards here.

Next page: Come on - it's a surface ship. Why does it need to be autonomous?
Page: