Before I cracked the Osborne 1's case, I had hoped to fire it up and show you some of its bundled software in all of it green-on-black, 52-character-by-24-line glory – earlier versions had white-on-black CRTs. To ameliorate the 52-character limitation, by the way, Mr. Osborne thoughtfully let you use the keyboard's cursor (arrow) keys to side-scroll up to a limit of 128 characters per line.

Unfortunately for my desire to run some ancient software, when I powered up my Osborne 1, here's what appeared onscreen: 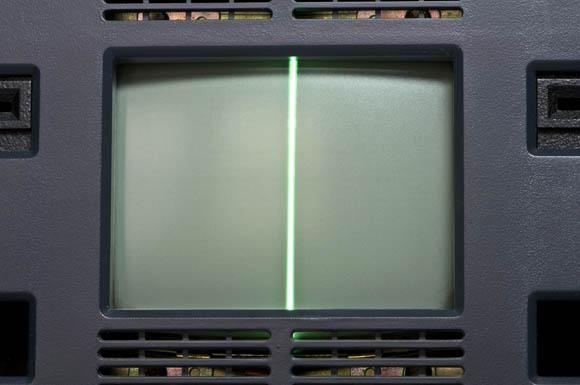 Sorry, but no coding in MBASIC today – the %$#@!ing machine is kaput (click to enlarge)

That's a shame, because it would have been a fine waltz down memory lane for any Reg reader whose had to memorize all the command key codes for MicroPro's WordStar and MailMerge. It would have also been a kick to see how many spreadsheet cells I could have fit on that five-inch CRT using Sorcim's SuperCalc. 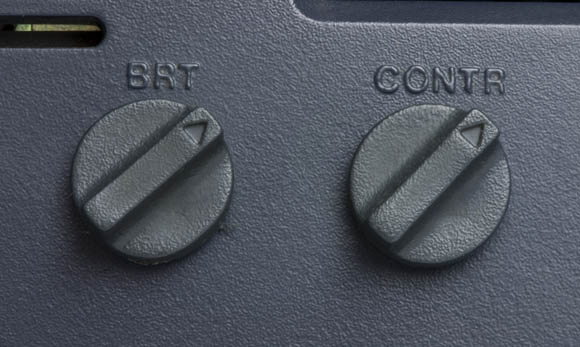 Had the display on my Osborne 1 worked, I could have adjusted its brightness and contrast with two potentiometer knobs. As it was however, all I could do was change the intensity of that vertical line.

After opening the case and peeling back the metal-foil shielding, I got a good look at... 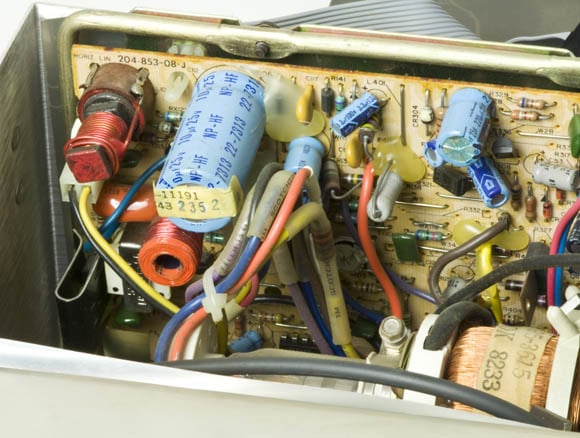 ... the analog circuitry for that massive 5-inch CRT, and ... (click to enlarge) 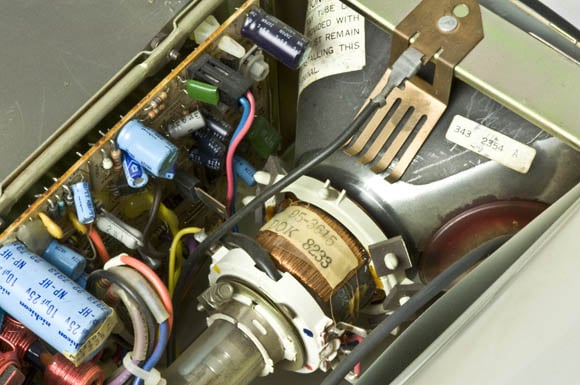 ... the copper coil–wound yoke on the CRT's electron gun and the back of the CRT itself. (click to enlarge)

We'll end our exploration inside the world's first mass-market back-breaker with a peek at its power supply, replete with can capacitors, a trio of heat sinks, a "Danger" heads-up notice on the beefy transformer, and a warning to not use too hefty of a fuse. 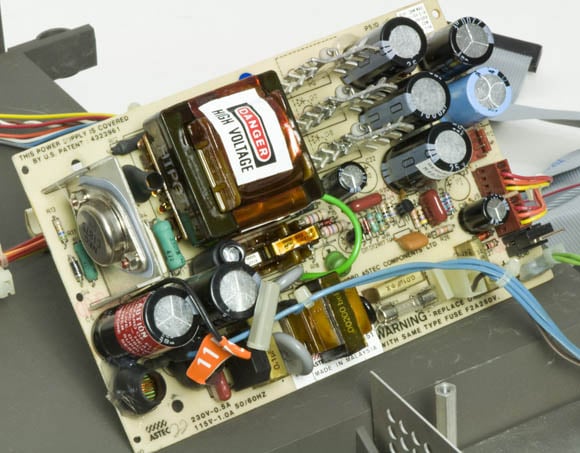 All these components, and still no fan needed (click to enlarge)

In 1981, I first met the Osborne 1 in the computer section of Macy's department store in San Francisco – yes, even department stores sold computers in the early days of what were sometimes called "TV typewriters".

Although I lusted after this classy piece of ur-tech, I never owned one. However, the museum for which I worked at the time did score a somewhat comparable luggable from a company called Janus – it was sort of a cross between an Osborne 1 and a KayPro II.

I've never been able to turn up any info on that Janus. If you have one lying around that you no longer want, let me know. I'd love to take it apart. ®