The battle of 'rounded corners'

Apple has sued Samsung for allegedly copying the iOS look-and-feel in its line of Galaxy smartphones and tablets.

"Rather than innovate and develop its own technology and a unique Samsung style for its smart phone products and computer tablets, Samsung chose to copy Apple's technology, user interface and innovative style in these infringing products," The Wall Street Journal quotes the lawsuit as saying. 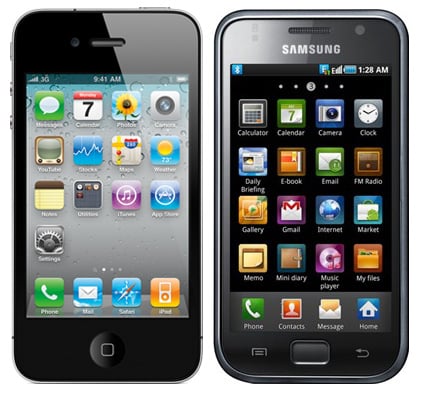 The lawsuit was filed on Friday in the US District Court for Northern Caifornia, and is not yet available electronically. Reuters, however, obtained a physical copy that they report says that Apple accuses Samsung of "slavishly" copying features of the iPad and iPhone.

"Even the icons in earlier versions of the Samsung smart phones looked different because they had a variety of shapes – and did not appear as a field of square icons with rounded corners," Reuters quotes the lawsuit as saying about Samsung's Android-based interface. 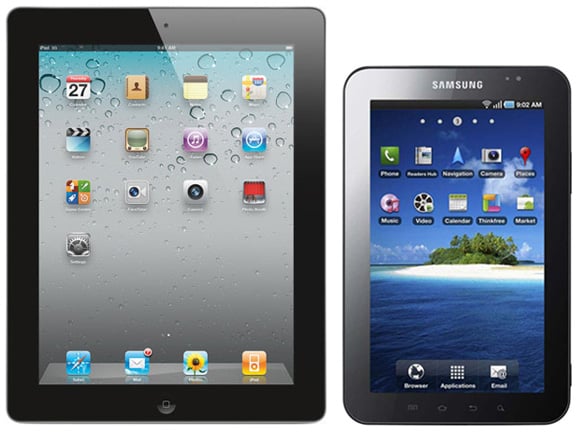 Samsung's Galaxy Tab line, it is to be noted, doesn't use those "square icons with rounded corners" that Apple called out in its comments on the Korean giant's smartphones – that is, unless those offending icons are provided by a third-party app, such Amazon's Kindle.

Nevertheless, the WSJ reports, Apple's lawsuit casts a net wide enough to encompass both the Galaxy smartphones and Galaxy tablets – along with, interestingly, Google's "pure Google" Nexus S, which is manufactured for Mountain View by Samsung.

It's almost too obvious to point out that this lawsuit is yet another volley in the smartphone OS wars – a conflict that currently is being fought almost solely by Apple and Google, with Microsoft's Windows Phone involved in only a skirmish or three while it keeps its powder dry until Nokia phones based on Redmond's OS offering begin to appear, supposedly next year.

Oh yes, and there's HP/Palm's webOS, of course, but it hasn't proven to be a threat in the smartphone market. RIM's BlackBerry OS seems to be stuck in its own niche.

This look-and-feel lawsuit is an interesting gambit by Apple, however, considering that Samsung is the manufacturer of the A4 and A5 chips found in Apple's iPhone 4 and iPad 2, respectively.

As the WSJ puts it in their typically understated commerce-speak: "The lawsuit is sure to complicate the relationship between the two consumer electronics giants."

Or perhaps not. Samsung is unlikely to break what is sure to be a well-crafted Apple-supplier contract – and a profitable one for the Koreans, we can only assume – in order to play hardball with Jobs & Co.

Expect a settlement of this lawsuit, perhaps with a few interface tweaks and possibly some licensing cash flowing from Seoul to Cupertino. ®