Korean electronics giant Samsung has responded to Apple's patent-infringment lawsuit against them. As might be guessed, they're not happy – and they're considering legal retaliation.

"Samsung will respond actively to this legal action taken against us through appropriate legal measures to protect our intellectual property," a Samsung spokesman said, as reported by the AFP.

An unidentified Samsung official was quoted by the AFP as saying: "Apple is one of our key buyers of semiconductors and display panels. However, we have no choice but respond strongly this time." Samsung provides Apple with a variety of components essential to Apple's iOS devices, including displays, processors, and NAND flash chips.

In addition, Samsung spokesman Chung Jae-woong told Korea's Yonhap News Agency that his company is considering legal action agains Apple. "We think Apple has violated our patents in communications standards," he said. "We are considering a counterclaim."

This dust-up is a battle of two tech titans. When Apple's fiscal 2010 ended on September 25, the company had pulled in $65.22bn in revenue – an amount that's almost certain to grow considerably in fiscal 2011.

Samsung's revenues are significantly larger. Its 2010 financial report said that the company's total income for that fiscal year, ended on December 31, was 154.63 trillion won ($142.33bn). 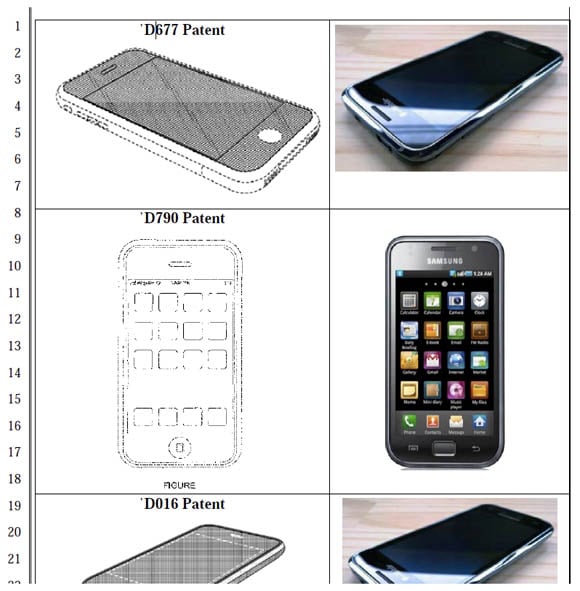 Despite this mutually beneficial relationship, Apple has taken the gloves off. "It's no coincidence that Samsung's latest products look a lot like the iPhone and iPad, from the shape of the hardware to the user interface and even the packaging. This kind of blatant copying is wrong, and we need to protect Apple's intellectual property when companies steal our ideas," an Apple rep told the WSJ's Mobilized blog.

In addition to Apple's claims that Samsung is violating some of Cupertino's core-technology patents, the lawsuit also cites a number of allegedly violated design patents, which, unlike utility patents, deal with what in patentese is called "trade dress" – essentially what a product looks like and not how it operates.

The legal morass that is patent law is beyond our area of expertise – or, in many cases, beyond the bounds of common sense – so we'll leave it to you, Reg reader, to contemplate the ramifications of the US Patent and Trademark Office granting protection to rounded rectangles.

Perhaps if Apple's legal team is successful in convincing the US District Court of Northern California of Samsung's infringement, the next iterations of the Samsung Galaxy tab might be circular, trapazoidal, elliptical, hexagonal, octagonal, ellipical, ovoidal, or pentagonal.

Actually, "Samsung Galaxy Rhombus" does have a bit of a nice ring to it. ®