Once the opposing forces at any one area have been scattered, you’ll be checking the map for the next flashpoint, ad infinitum, until the battle’s won. Of course, this being a war and all, friendly units will often accompany you, just don’t expect them to contribute much. Lowly soldiers of both sides are usually content to stand motionless in front of each other, rather than bother to swing a weapon (just when you thought the battle couldn’t get less convincing). 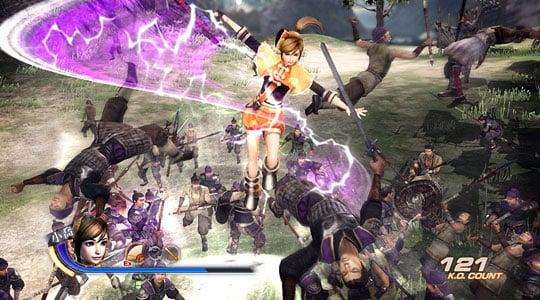 Give it a whirl

To throw in a little variety, some missions take the action indoors, much to the detriment of the camera, which has to be cajoled into a useable angle much more often then when fighting outside. Further variety, in the shape of the more open ended ‘Conquest’ mode, at least offers something beyond the campaign, but even planning domination of the land requires the same old fights time and again.

Multiplayer options are similarly meagre, limited to a poorly implemented on-line two-player version of Conquest mode, which seems to hinder players starting a game at every turn. 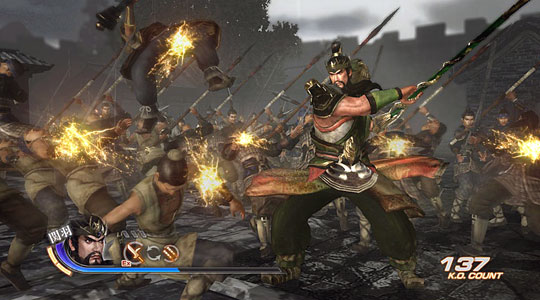 Lacking ambition, overly repetitive and with only barely passable special effects, Dynasty Warriors 7 feels like the gaming world’s equivalent of the straight to DVD movie – a cash-in built to take advantage of a loyal following. Now that’s done and the money has been made, can the inevitable eighth offer something new please – maybe some of the parkour and waterfall surfing hinted at during the introduction? ®