No peace to the puzzles

Review “The best solution to a problem,” says GLaDOS, “is usually the easiest one.” She's right, of course. But then she always is. Portal players know all too well how inadvisable it is to disagree with Aperture Science's sociopathic AI caretaker, but it's surprising how often her maxim proves true during the sequel to Valve's much-loved Orange Box puzzler. 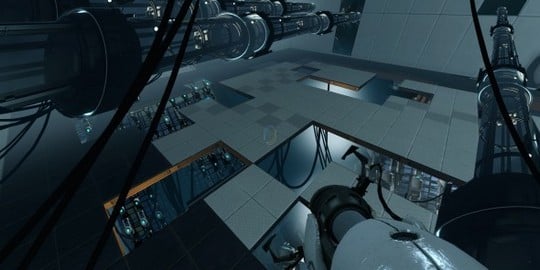 As impossible as Portal 2's spatial conundrums initially seem, the solution is often staring you in the face. Need to scale an insurmountable wall? Simple, just quantum tunnel your way up there. Need to obtain that Companion Cube on the other side of the abyss? Simple, place a portal at the end of a gravity tunnel, reverse the flow and wait for it to come to you.

If that makes little sense, don't worry. Portal 2's opening two hours ease in new players while acting as a refresher for experienced players. You reprise your role as enigmatic test subject Chell, awoken from stasis hundreds of years after the events of Portal. Your interminable prison, the Aperture Science Laboratory, is now abandoned, dilapidated and mostly reclaimed by nature. But with both it and GLaDOS still operational, your purpose remains the same: to run the gauntlet of deadly tests set by your sinister persecutor and escape the facility. Only this time there's a lot more going on. 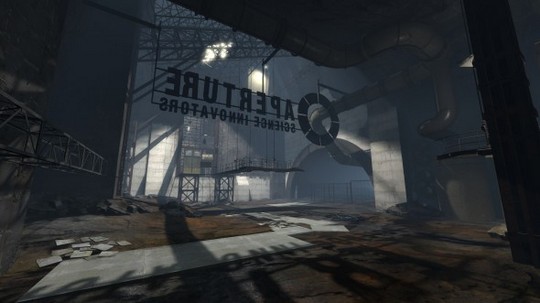 Back to the roots

Stretching the taut formula across an eight-hour, single-player campaign, Valve expands upon the original in epic fashion, as Portal's test chambers and corridors are drawn back to reveal the true immensity of the Aperture Science Laboratory. Flung deep into its bowels by plot twists better left unspoiled, gigantic, cavernous areas contrast starkly with the clinical confines of test chambers. Here, puzzles are less about strict rule-sets and more about finding a way through its vast playgrounds.

Next page: On the hole
Page: