An algorithmically induced pricing spiral drove up the price for a popular biology reference work on Amazon.com to an astronomical $23.7m.

Amazon allows third-party retailers to set their prices using algorithms that take into account what other booksellers are charging for the same title. In this case, the title was The Making of a Fly by Peter Lawrence, and the Amazonian booksellers whose pricing algorithms drove its price to ludicrous levels were bordeebook and profnath. 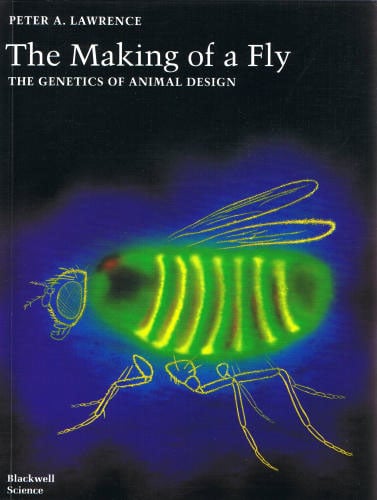 According to evolutionary biologist Michael Eisen, who discovered the spiral and wrote about it on his personal blog, bordeebook and profnath employed algorithms to automatically set their prices for The Making of a Fly – which Eisen describes as "classic work in developmental biology" – based on each others' price.

"Once a day profnath set their price to be 0.9983 times bordeebook's price," Eisen writes. "The prices would remain close for several hours, until bordeebook 'noticed' profnath's change and elevated their price to 1.270589 times profnath's higher price."

It's not that bordeebook and profnath are either disreputable or ignorant newbies when it comes to selling books on Amazon. Both are ranked by users with four and a half out of five stars, and both have positive ratings in the mid-90 per cent range. And the two booksellers aren't small: bordeebok has over 128,000 rankings, and profnath, though significantly smaller, is no slouch at over 8,000 ratings.

"What's fascinating about all this is both the seemingly endless possibilities for both chaos and mischief," Eisen writes. "It seems impossible that we stumbled onto the only example of this kind of upward pricing spiral – all it took were two sellers adjusting their prices in response to each other by factors whose products were greater than 1."

As of this Tuesday, bordeebook was selling a used copy of The Making of a Fly for $956.98, despite the fact than any even-larger bookseller – any_book, with over 560,000 ratings – was selling the same book in better condition for a mere $197.67. And profnath has dropped out of the algorithmic tug o' war.

With all due respect to The Making of a Fly and its Drosophila subject matter, it appears that algorithmically managed online commerce still has a few bugs. ®