Five amazing computers for under £100

Many men are facing a dilemma in the coming days. Thanks to the Royals, a great, great, yawning maw of consecutive weekly Bank Holidays looms large. With enforced downtime, this means a stark choice: either face the family, or retreat to the Garden Shed. To help you make this choice, here are some suggestions.

My desk at Vulture Central is like many an attic – colleagues dubbed it the "vintage computer museum". I suspect many of you have got stuff that includes gear we're keen to get rid of, but can't get round to eBaying or even moving. And it never seems to diminish. Old stuff is replaced by even older stuff.

Here, I've tried to set a challenge. What's the best computing kit you can get for under £100 – preferably with some unique feature that modern computers can't replicate? In other words, it's not old for the sake of being old, or nostalgia. It has to have a bit of real utility.

To make it even harder, I've excluded hire-purchase deals. You can get a thoroughly modern computer in half an hour, if you pick it up from a mobile network or Carphone Warehouse. But, obviously, that's cheating.The cost isn't really £50 or £100, that's merely the first instalment. And there must be a word for that sinking feeling people have when they look at an Atom netbook purchased on a two-year contract that still has months to go, and is as alluring as a four-day-old kebab.

So here are five suggestions, and then a roundup of what didn't make the cut – and some of the absences are quite surprising. 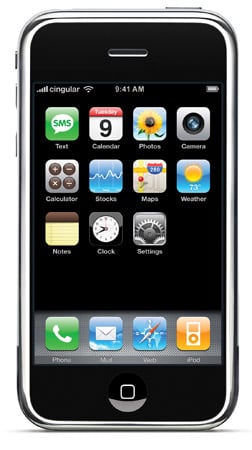 The world and his dog now has a Jesus phone – or something comparably impressive. Nobody wants to know about the original 2G model, coming up to four years old. This means that they're very, very cheap, just sneaking in under the £100 threshold.

For that you essentially get a fast, open, NeXT handheld computer... once you've opened it up, that is, and why wouldn't you want to do that? Jailbreaking an iPhone 2G opens the device in three important ways. Firstly, it allows you to add features that Apple itself would only implement on subsequent OS releases, such as multitasking and a clipboard. Secondly, it allows you to add some unique features, such as a more flexible or sophisticated home screen, that Apple has yet to implement. And thirdly, it gives access to the powerful built-in Unix tools that underpin iOS, which you normally can't access.

The non-approved apps channel even has its own app store. Some are incredibly creative. Marvel at the iClassic app, for example, which brings the iPod's click wheel to the iPhone. 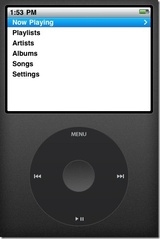 Naturally, given the age of the kit, there are plenty of things you won't be able to do. 3G network support only came in with the 2008 3G. And plenty of things will seem slow: the 3GS and 4 models improved performance enormously, and the additional memory in these phones also improved stability.

But everything that made the iPhone insanely great in the first place – seamless music synchronisation, general ease of use, a great browser – is still there. And the original iPhone was the best made and best-looking iPhone until the iPhone 4.

Released: June 2006
Why you should get one: It's an iPhone, it's hackable, it's (still) really quite good
Forget about: Recent AppStore apps
Expect to pay: a shade under £100 on eBay, less for one in poor nick

Next: a tweakable home server