Another nail in the coffin of the combat jet

Analysis In news which will send a cold chill down the necks of fast-jet pilots and air forces around the world, it has been announced that an unmanned "Predator" drone has destroyed a heavy Libyan surface-to-air missile in Tripoli on Sunday. 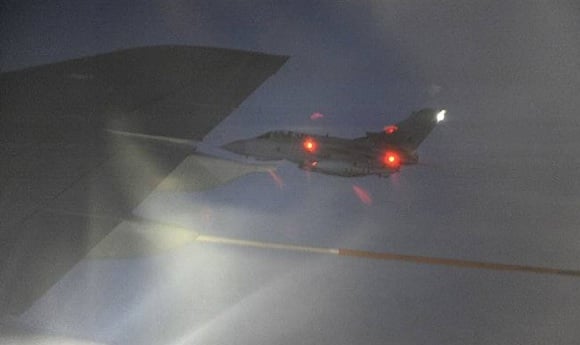 You could do it this way...

British Rear-Admiral Russ Harding, deputy commander of NATO's Operation Unified Protector, announced the strike. He said that the Predator's operators had noted civilians playing football near the targeted transporter-erector-launcher-and-radar (TELAR) vehicle and held their fire until they had moved away. The missile vehicle was then destroyed.

“This Predator strike is a perfect example of the complex and fluid situation that NATO air forces are facing every day as part of Operation Unified Protector," said Harding. "NATO will continue to do everything in its power to prevent harm to the civilian population. Predator drones enhance NATO’s ability to strike with care and precision.”

The SA-8 ("Gecko" in NATO reporting parlance) is a hefty anti-aircraft missile potentially able to strike aircraft flying at altitudes up to 40,000 feet. It is normally argued that the existence of such weapons in hostile hands makes the skies above them "contested" - that is, a dangerous aerial no-man's-land into which only capable warplanes manned by steely combat aviators can venture.

This is why, according to Western air forces and the aerospace industries which arm and equip them, one should not pay too much attention to conflicts such as Afghanistan where nobody really challenges NATO forces for control of the skies. In Afghanistan, to be sure, airstrike support - and often more usefully, airborne surveillance - can be provided cheaply by unmanned Predators and the like, as compared to colossally pricey manned jets.

The argument isn't entirely or even mainly about manned versus unmanned, either: it's at least as much about what kind of aircraft is required, whether that aircraft crewed or robotic. The air forces and their industrial base contend that one needs full-fat, high-speed, maintenance-intensive fast jets - ideally these days with extra, profitable value-added features such as Stealth or other advanced technologies.

By contrast the Predator-B (aka Reaper) is an inexpensive turboprop. Should one require the crew aboard rather than safely far away in Nevada (for instance due to a shortage of bandwidth) the option exists to use a nice cheap turboprop strike plane - for instance the Super Tucano lately tested by the US Navy SEALs.

That's all very well in Afghanistan, goes the thinking, but what if you were up against an enemy air force rather than just insurgents?

In Libya, of course, NATO has been and to some extent still is up against an enemy air force. At the start of the Western powers' involvement, Gadaffi still had fighter jets as well as air-defence radars and missiles - and parts of this armoury still survive, as we see with Sunday's SA-8 takedown. Libyan airspace is contested, then.

Next page: What's not to like? Well, we quite like wearing wings on our chests and telling people we fly jets, actually
Page: