7,000 axed, many closures in Elopocalypse

Exclusive Nokia announced the largest cuts in the company's history today, with significant cuts in the UK and globally.

Seven thousand jobs will go across the board, with 4,000 in R&D. Office closures will follow in Denmark, the UK and Finland, and 3,000 Symbian jobs will transfer to consulting firm Accenture, the first 300 this year.

An internal memo, seen by The Register, has more details on the changes. Symbian and Meego development bear much of the brunt. Three thousand Symbian jobs will transfer to Accenture.

Symbian has been marked for extinction since February, when new CEO Stephen Elop announced that Nokia would pay to use Microsoft's software rather than develop its own, a project called Meltemi.

"The aim is that Symbian software development-related activities would [sic] continue within Accenture for as long as needed, as well as other mobility projects serving other Accenture clients. In addition, Nokia’s portfolio of Symbian devices will gradually be reduced and eventually be discontinued, in line with the ramp up of the availability of Nokia devices based on the Windows Phone platform.

"Towards 2013 and beyond, activities will focus on the maintenance of the remaining products on the market."

The long-term successor to Symbian Meego also faces an early death. Nokia now tells staff that the majority of MeeGo activities are planned to be discontinued by the end of June 2012, adding: "The Windows Phone organization has started to ramp up its operations and a large part of that organization will be in place by the end of 2011, and Nokia aims to retain as many people as possible from other areas, such as the Symbian and MeeGo organizations.

"There will also be opportunities within the Meltemi organization, for personnel working within the MeeGo teams."

Although not announced publicly, 1,000 cuts will be in the reorganised 'Mobile Phones' division - which makes the bedrock S30 and S40 devices. Elop reorganised Nokia into three vertical divisions: Markets, Smart Devices and Mobile Phones. Nokia's Beijing office will expand.

The memo confirms that Nokia's Southwood office near Farnborough will close in phases by the end of 2012, and the former Symbian HQ at Boundary Row, Southwark, along with Symbian's Friar's House office. New, presumably cheaper premises will be sought in Greater London for marketing and corporate functions, the memo says. 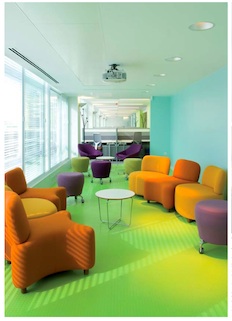 "Design will remain in central London as a key part of Nokia’s presence in the UK and a key contribution to Nokia overall," according to the memo.

The cuts are a result of consolidating R&D, and Nokia told staff the choices were made on the basis of existing concentrations and the close proximity of suppliers.

In summary, the memo says:

The memo also details other organisational and strategic changes - more to follow. ®

Surely this is the trick to profitability
Software2 Feb 2023 | 1

Coal is cooked and gas is dissipating, as renewables delivered a fifth of all EU juice in 2022
Science2 Feb 2023 | 58