My challenge from Reg Hardware: build a PC, install Mac OS X on it, and explain how you can do it too.

Today's Macs use standard Intel-type components. A key difference from Windows is that Mac OS X loads though a boot mechanism known as EFI (Extensible Firmware Interface). Some obscure Apple-proprietary concoction, no doubt? Far from it. EFI, now officially called UEFI - the 'U' stands for 'universal' - is an open standard, originally devised by Intel as a replacement for the ageing Bios boot system.

Unlike the 16-bit Bios, EFI can be 32- or 64-bit, and is much more flexible. In particular, with suitable hardware, you can tweak EFI to persuade a Mac OS X installer that it's installing onto a Mac. A generic Intel machine on which you're running the Mac operating system has become known as a "Hackintosh". 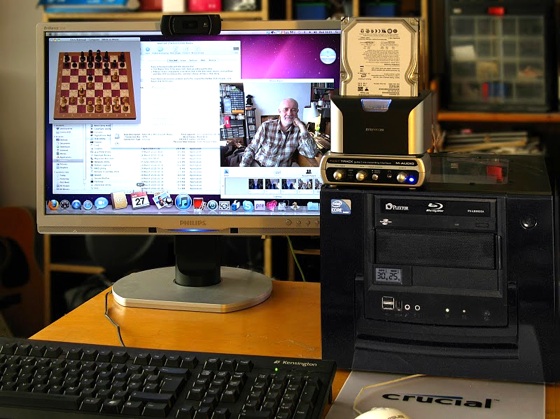 So What Needs Hacking?

Pioneer Hackintoshers had to hack the official Mac operating system. These days it's easier: you just buy the standard Snow Leopard installation disk from the Apple Store, and rely on EFI to set up the hardware environment and install the necessary kexts.

Kexts, or "kernel extensions", are the Mac world's equivalent of Windows' drivers. They connect intimately with the operating system kernel - the processing centre of the operating system - to allow it to handle hardware components like the Ethernet port, the sound sub-system and so on.

The open source community has become pretty good at developing EFI tweaks and kext modifications to make Mac OS X feel at home with a wide variety of hardware. Recently these core coders have been joined by others who have set themselves the task of presenting all this to the end user in friendly, problem-free packages.

Bottom line: today it's a breeze to build your own Hackintosh, or adapt existing hardware to run the latest version of Mac OS X, Snow Leopard.

Next page: Across the Sandy Bridge
Page: