The Obama administration might have been wrestling mightily with a recalcitrant Republican Congress high on strong tea over the US government's fiscal 2012 budget, which had tens of billions of dollars in spending slashed, but the one thing that both Democrats and Republicans can agree on is that the National Security Agency needs a new data center weighing in at 60 megawatts.

According to declassified documents made available by the comptroller's office for the Department of Defense, the US government's fiscal 2012 budget includes $860.6m to build a high performance computing center at the NSA's Fort Meade, Maryland, headquarters facility. That is the cost for the facility alone, not the cost of the servers, storage, and networking gear that will inhabit the data center.

The Fort Meade data center is in the planning and design phase right now, which costs $35m of the total budget, and will be paid for in two phases during construction in fiscal 2013 and 2014 when the construction is actually done in the facility, which is in the suburbs northeast of Washington DC.

The budget includes $567.8m for the primary facility, including modular shell buildings and raised floor for the data center) and then anti-terrorism hardening, fire protection, and force protection enhancements. The mechanical systems in the facility account for $118.4m of the budget, and the electrical systems for the 60 megawatt facility will cost $225m. Supporting facilities (meaning, for the humans) cost another $180.6m. 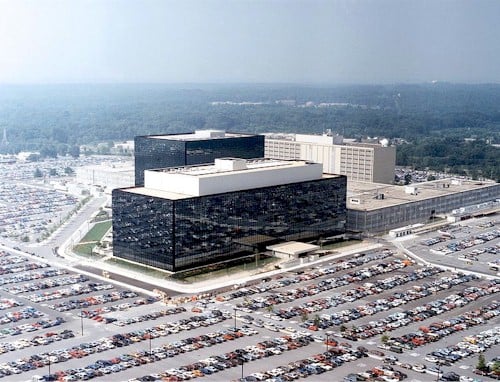 The NSA budget does not specify what kind of computing gear will be housed at the Fort Meade facility, other than it is "designed to support state-of-the-art high-performance computing devices and associated hardware architecture" and that the computing center areas have "depressed slab construction" with a floor load rating of around 600 pounds per square foot. The data center will use air-cooled and water-cooled equipment and will have computer room air handlers (CRAHs) and computer room air conditions (CRACs); all of the mechanical systems and air distribution systems will have backup.

The Department of Defense expects to award a construction contract for the facility by September 2012, with construction expected to start three months later and for the data center module to be completed by June 2014.