Review If the murder-sim genre has taught us anything, it’s that gamers require little pretext to kill. It helps, of course, when justification is provided through exposition, or by that simplest casus belli of all, an enemy pulling the trigger first. But occasionally, along comes a game like SOCOM 4 to prove all we really need to know to justify our virtual bloodlust is, to quote Aliens’ Vasquez, “where they are.” 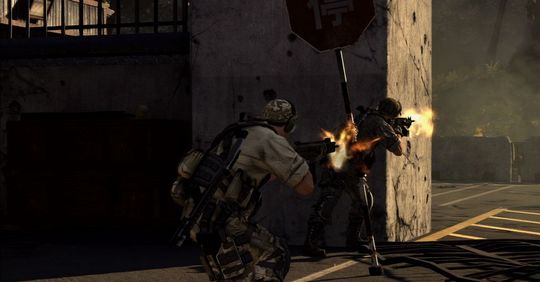 Any attempt SOCOM 4’s narrative makes to excuse your 1000+ killstreak is drowned out by gunfire and a dialogue so stilted you can almost hear the script turning. As your covert NATO fireteam struggles to prevent a bloody revolution in an unnamed Southeast Asian country from escalating into a wider conflict, SOCOM 4 itself struggles to avoid a minefield of clichés and prevent the series' continued decline into ersatz Clancy.

The game's novelties fail to compensate for its tired conventions. Southeast Asia offers a welcome sojourn from the military melting pot of the Middle East, but the repetition of bamboo villages, flavelas and utilitarian military complexes makes for an indistinguishable trudge through Murderland. 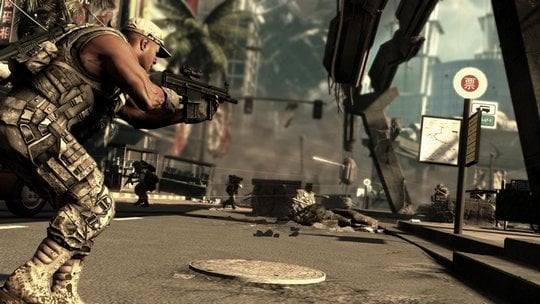 Catching bullets instead of buses

Centred around corrupt revolutionaries and a nefarious defence contractor, the plot fails to enliven the slog. Although some occasionally witty enemy dialogue and a convincing performance by your female squad member, First Lieutenant Park Yoon-Hee, aka Forty-Five, at least make up for the overbearing banality of your other squad members.