Pics PC buyers have become used to having to do most of the donkey work when it comes to setting up their machines, but Hewlett Packard has gone one better by supplying keyboards that are not just wireless, but letter-less and digit-less too.

Just look at these pics from Reg reader Ian who said he has just received this pristine, virgin interface device from one of the vendor's resellers. 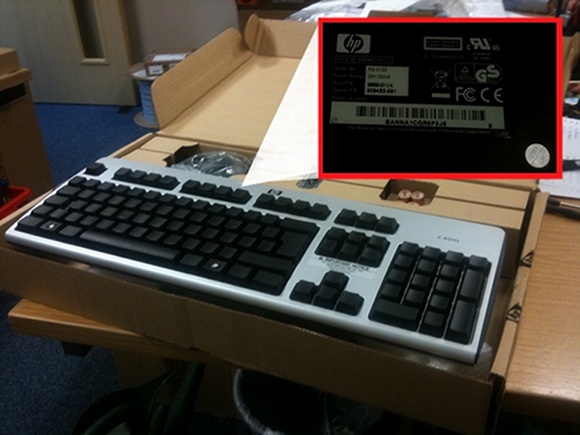 Instead of a jumble of letters, numbers and rarely used punctuation, the Zen-like device is adorned with nothing but a simple HP logo and the Windows Start key. Oh, and the quality control sticker on the back, of course.

This might have left most users seeing red, before shooting off an angry and badly-typed email to HP support.

Ian, on the other hand, clearly saw a blank canvas, and quickly adapted it into a YouTube-specific keyboard, as the second pic shows. 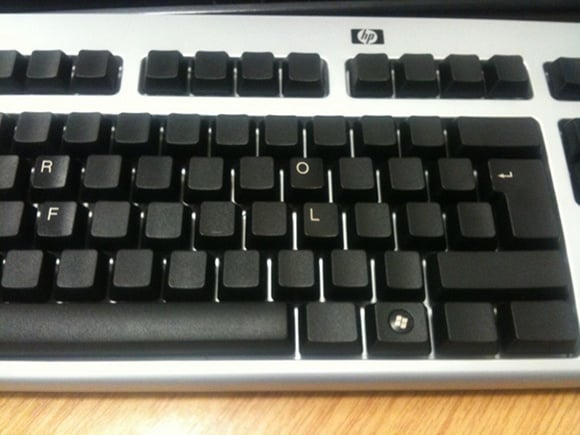 Everything you need in a keyboard

We're sure the rest of you have received similarly stripped down deliveries. Send the pics to the usual address. ®