It's notebook-rollout day for HP. In addition to a new lineup of consumer-level lap-warmers, the world's biggest PC manufacturer has also released a trio of business-class models and inaugurated a pay-as-you-go 3G mobile broadband service.

The new ProBook 5330m Notebook PC dispenses with the multicolored Christmas lights of previous HP laptops and adopts a more professional, restrained style – not unlike, to our eyes, Apple's 2001 TiBook. 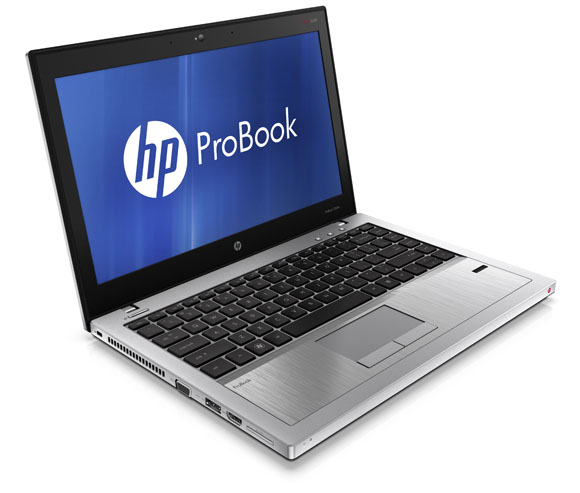 Ports include two USB 2.0 – one for charging – plus HDMI, VGA, Ethernet, SD/MMC slot, and one combo eSATA/USB port. There's no optical drive, however, so if you need one for watching a flick while winging your way cross-country, you'll need to pop for an external unit, such as the $99 HP Mobile USB DVD/RW Drive BU516UT.

The ProBook 5330m is HP's first business-class notebook that comes with Beats Audio music-enhancement hardware, which its co-developer, Dr. Dre, understatedly claims "is about sound." As one might hope. 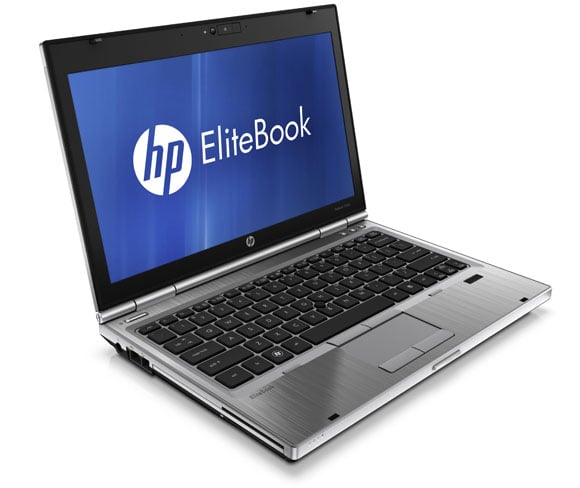 The EliteBook 2560p has also been given an industrial-design upgrade, and looks significantly more, well, "elite" than its predecessors. Its display is 12.5 inches, LED-backlit, and 1366-by-768 pixels, and with a three-cell battery, the unit weighs in at 3.58 lb (1.63 kg), about a half-pound less than the ProBook 5330m. Six- and nine-cell batteries are also available – each slaps into the back of the EliteBook.

Ports include those found in the ProBook 5330m, plus DisplayPort, RJ-11 (modem), and ExpressCard/34. Beats Audio isn't part of the package, but SRS Premium Sound is.

While the ProBook 5330m and EliteBook 2560p have gone to 16:9 displays, the convertible notebook/tablet mashup EliteBook 2760p Tablet PC has stuck with the 16:10 aspect ratio of its earlier incarnation – which makes perfect sense.

"If you're running a convertible tablet, you typically have custom applications, whether it's healthcare, retail, whatever," an HP spokesman told The Reg. "And our customers said, 'Look, we are not ready to port everything from 16:10 to 16:9', so we said, 'You know what? You're right'." 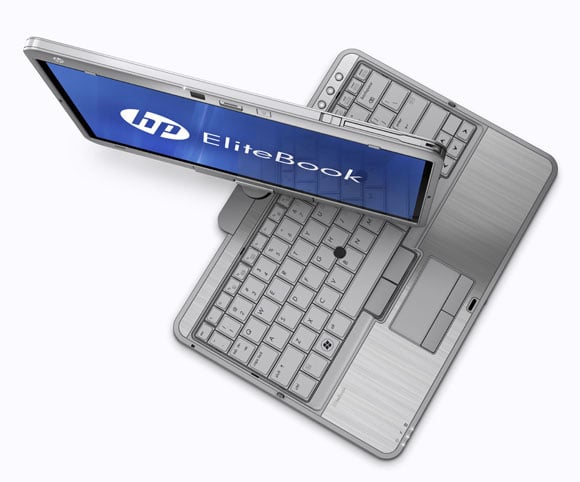 While the EliteBook 2760p may look identical to its predecessor, it's actually a wee bit thicker, now that it has a faster, more capacious 320GB 7200 rpm 2.5-inch drive rather than the 1.8-inch drive in the earlier version. 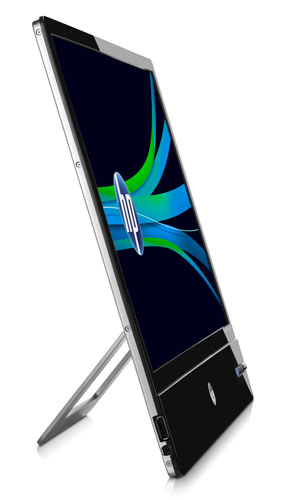 Also new to HP's business offerings is a new display with a name that most certainly did not come out of a marketing focus group: the HP Elite L2201x 21.5-inch LED Backlit LCD Monitor.

"Thin" is a bit of an understatement for this 1920-by-1080 pixel display: the display panel is 0.4 inches thick, and including its 10° to +30° adjustable stand, the total depth of the unit is a hair under five inches.

There are data caps for each level, as well – the five-buck plan, for example, is limited to 75MB, while the three-day plan caps at 150MB, two weeks at 450MB, and one month at a gigabyte. As you approach your cap limit, you'll be prompted to upgrade, should you so choose. 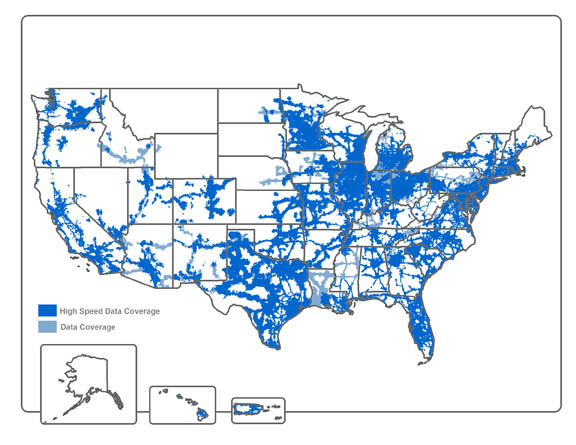 DataPass is managed by HP in partnership with the Peregrine Network, using bandwidth purchased from Sprint. HP handles the billing, and the service is available to any HP notebooks equipped with an optional Qualcomm Gobi chip, which is available for each of the notebooks introduced on Monday except for the Core i3-equipped ProBook 5330m.

Older HP notebooks can also access DataPass, as long as they have the requisite Gobi chip. Due to the Gobi's multi-band capabilities, it stands to reason that DataPass will also be available from GSM carriers, once HP gets around to making those deals. ®